Speaking during the handing over ceremony of the speed boats to the Maritime Police Unit at the Mombasa Port on Wednesday, Japanese ambassador to Kenya Ryoichi Horie termed the move as a significant step towards empowering Kenya and strengthening mutual trust between the two countries.

“We underscore the need to galvanize bilateral, regional and international stakeholders’ collaboration in maritime security including the fight against piracy, illegal, unreported and unregulated fishing and other marine crimes,” Horie said when he handed over the boasts in Mombasa.

He said that the boats worth about 280 million shillings (2.8 million U.S. dollars) were given to the Maritime Police Unit as a grant to the government, adding that Japan and Kenya have signed another grant worth 2.8 million dollars for the purchase of more patrol boats.

Edward Mbugua, deputy inspector general of police, said that the donation is an important milestone in the fight against terrorism.

He said that specialized police officers will use the boats to enforce laws within the maritime mandate adding that criminality in maritime sector was bigger threat to commercial security.

Kenya’s security along the coastline is critical as the Mombasa Port is used by East African countries for their exports and imports of cargo. Enditem 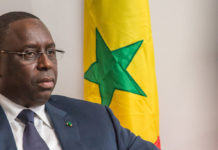