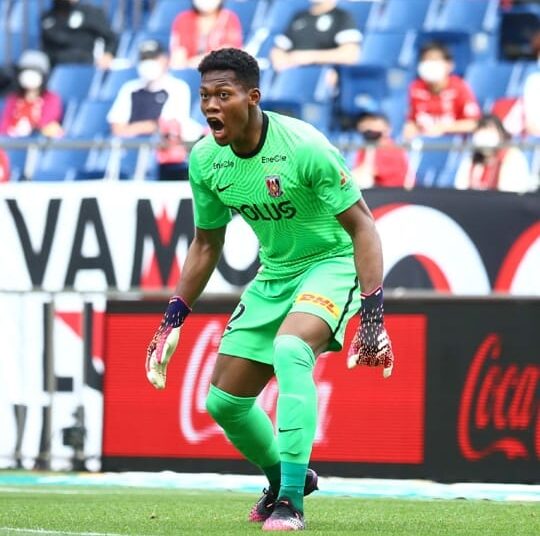 Japan’s Olympic Team defeated Ghana U23 by 4-0 on Tuesday morning in an international friendly.

After winning the first match between the two sides 6-0 on Saturday the head coach of the Blue Samurai decided to shuffle his cards and give opportunities to players who did not get the chance to feature in the first leg game.

Real Madrid’s Takefusa Kubo, Ao Tanaka, Yuki Soma were all left out of the team. Instead Union Berlin’s Endo Keita and other fringe players were given the chance.

In the end Zion Suzuki was introduced to be in between the sticks for the Japanese. Suzuki, 18, has a Ghanaian parentage through his mother. He was born to a Japanese father and a Ghanaian mother in the United States of America.

He lasted in the post for the entire period of the game as Japan mauled Ghana 4-0. The youngster plies his trade for Urawa Red Diamonds.