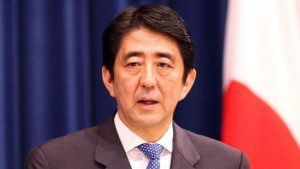 Japan?s Prime Minister Shinzo Abe has strongly condemned a threat by Takfiri ISIL terrorists to kill a Japanese national along with a Jordanian pilot unless Amman releases a female member of the terror group.

?This was an utterly despicable act, and I am appalled,? Abe told reporters on Wednesday. ?I have instructed all ministers to work together for the early release of [Japanese hostage] Mr. Kenji Goto.?

The ISIL militants published an online video on Tuesday, demanding the release of Sajida al-Rishawi, who is thought to have been behind an attack on a hotel in Jordan in 2005 and is on death row in Jordanian custody.

They threatened to kill Goto and Jordanian pilot Mu?ath al-Kaseasbeh if their demand is not met in the next 24 hours.

Kassasbeh was captured by the ISIL on December 24 after his F-16 jet crashed while flying over northern Syria on a mission against the terrorists.

?The government, in this extremely serious situation, has been asking for the Jordanian government?s cooperation towards the early release of Mr. Goto, and this policy remains unchanged,? Abe told a cabinet meeting on Wednesday.

Yukawa was apparently beheaded after a 72-hour deadline for a USD 200-million ransom passed without payment.

On Monday, Japan said it had teamed up with the Jordanian government in a bid to free both the journalist and the pilot.

The hostage crisis came after Abe announced that his administration plans to allocate around USD 200 million to the Middle Eastern countries fighting the ISIL terrorist group.

The ISIL terrorist group, with members from several Western countries, controls swathes of land in Iraq and Syria.

The group has been carrying out horrific acts of violence such as public decapitations and crucifixions against all communities, including Shias, Sunnis, Kurds, and Christians.