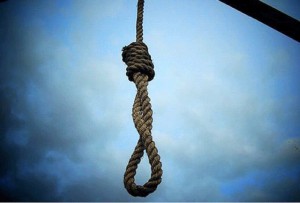 Residents of Prestea in the Western Region were struck with awe when a 16 year-old form two pupil of Prestea Methodist Junior High School was found to have committed suicide.

The deceased, Ms Diana Annor is said to have hanged herself on a wooden cross bar in their room at Dagati compound number two in Prestea.

An eye witness, Madam Rita Owusu, a trader told the Ghana News Agency (GNA) that the deceased’s mother is a hairdresser and lived with Diana and her siblings.

She said in the early hours of May 24, 2018, the deceased’s mother left the house to her saloon to begin the day’s work and asked her to prepare and go to school.

According to her, when the deceased realised her mother had gone, she locked the room.

Madam Owusu said around 1400 hours a neighbour who went looking for someone in the deceased’s house saw Diana’s body hanging on a wooden cross bar in their room through the windows.
She said the deceased’s mother was informed and she rushed home in tears.

Information gathered by the GNA indicated that police officers who came to the scene around 1430 hours did not suspect any foul play.

Meanwhile, the body has been deposited at the Prestea Government Hospital morgue for Post-mortem.