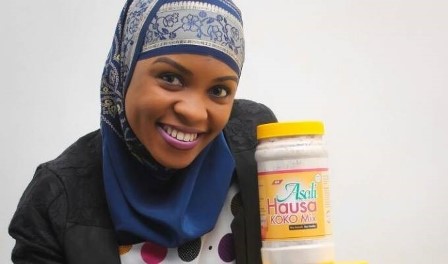 One such young budding graduate is Miss Zakiya Suleman who had to give up on her dream of securing a white-collar job after several failed attempts and has resorted to the preparation of “Hause Koko” (powdered beverage), which has become a sought-after breakfast in Accra and Koforidua . 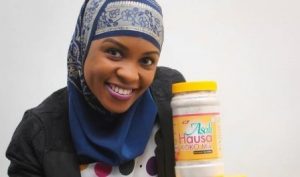 Though Miss Zakiya’s business venture is still at its developing stage, she told The aL-hAJJ in an interview that, “the prospects look very bright. When I get final certification from the Food and Drugs Authority, hopefully by end of this month, it will blossom and I will need more hands. In the foreseeable future I will employ distributors, marketers, and others because I intend covering the whole of Ghana and later move beyond the borders of Ghana.”

At first, the 26 year old Sociology and Archaeology graduate from the University of Ghana shunned the idea of starting her own business, as there were promises from family and friends of getting her a job after her National Service.

However, after all hopes of securing a job fizzled into thin air after two years of extensive job hunt, Miss Zakiya told The aL-hAJJ she decided to abandon any thought of working in an “air conditioned” office but, rather, “do something to keep me going because sometimes I had to fall on my parents for help even after they have spent lots of money to educate me with hopes I will reciprocate that favor by also taking care of them.”

Even without start-up capital, Miss Zakiya said “I kept thinking about what to do in order to start earning money. In fact, when I couldn’t secure a job I was promised in 2015, I told myself come what may I have to start something in 2016 so whilst thinking about what to do, I remembered how my mum used to prepare Hausa Koko and export to my siblings outside the country.”

“I discussed with my parents the business idea I have come up with. And they encouraged me, saying it was a very good idea but cautioned I am not going to find it easy. Yes, I knew it won’t be easy but I was determined to do it. I also discussed the idea with some trusted people who also assured me it would be a successful business.

Beyond the discussion I also saw an existing market for the business. It is common to see people queue in the morning to buy some Hausa Koko for their breakfast. So I thought, why not bring out a product that will ease people of this stress and save them time?” she asked.

With little capital from her parents and relatives, Miss Zakiya said “I prepared the first one and named it Asali Hausa Koko Mix. I packaged it in two sizes, a big and small container. I sold the big one GHC12 and the small one GHC6. Those in Accra like buying the big one so I package more of that.”

“I used my family and friends as my first market and relied on them to give me their candid perception about the product so I can improve on it. I also advertise using social media and I make sure I remain in contact with whoever I sell my product to,” she explained.

Ask how she intends marketing her product in the near future, she retorted “for now I’m restricted because I’m yet to get clearance from the FDA…that is another challenge young entrepreneurs are facing aside start-up capital. There is too much bureaucracy in the country. But as soon as I get clearance from FDA, I’ll raise money to start large scale production and start sending it to the various hostels, hotels, schools and even homes.”

Though starting one’s own business is difficult, Miss Zakiya advised graduates not to dwell much on securing white-collar jobs, saying “whiles you hope to secure a job after school, start thinking about what you can do for yourself in case you don’t land a job…it is very frustrating to come and sit at home doing nothing after school,” she stated.
With additional files from B&FT

Kufuor Urges Graduates To Create Their Own Jobs

Businesses must be involved to achieve SDG