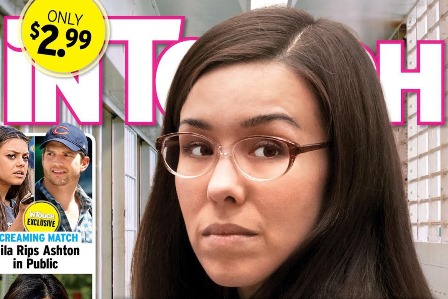 Eight years after being sentenced to life in prison for viciously murdering Travis Alexander in a jealous rage when he dumped her, the notorious criminal has another potential groom in mind — Ben Ernst, who was living with another woman until Jodi reached out from behind prison walls. “Ben can’t come visit. So, here’s what he needs to do. If we marry, then he can petition a court to grant us visitation,” Jodi, 36, wrote to her mitigation specialist and close friend, Maria De La Rosa.

When reached for comment about the letter (which In Touch obtained from another source), De La Rosa confirmed that Jodi wrote her frequently and talked about her road to marriage and pregnancy.

Ben, a wealthy art collector from Iowa, first became obsessed with her in 2012, watching her trial on TV. “They quickly became buddies and eventually were talking on the phone about three times a week,” says a friend of Ben’s. The two began dating, and Jodi was even caught penning love letters to him in the courtroom.

But then Ben was dating — and living with — a single mom of two (whose identity In Touch is not revealing). Though the woman knew Ben had once been linked to Jodi, he lied about the current status of their relationship.

The woman found letters, drawings and voice mails between Jodi and Ben — some as recently as just a few weeks ago — and realized he was lying.

Jodi reveals details about her prison wedding in the twisted letter and writes about a prenuptial agreement, which she claims is designed to not only protect Ben’s assets and income, but to also give both of them the freedom to “bow out of the marriage w/out having to file for divorce.”