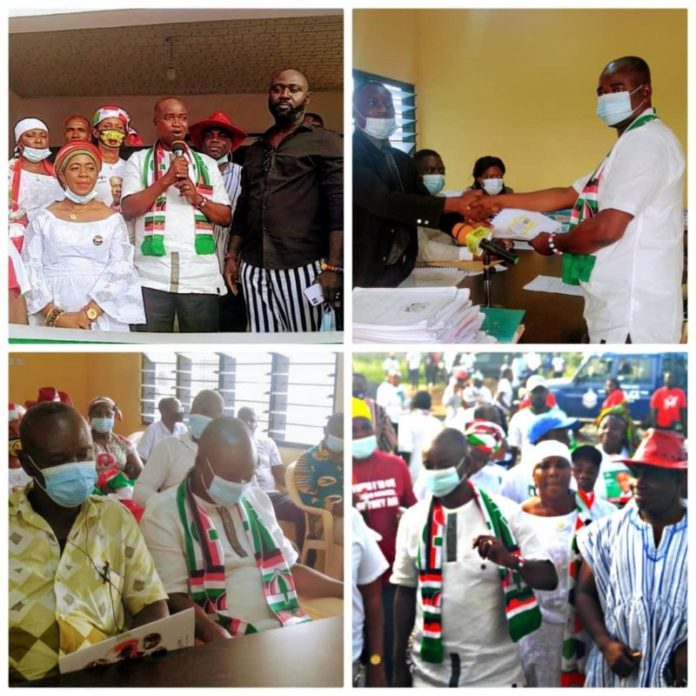 Parliamentary hopeful, Mr Joseph Akweteh Tettey has filed his nomination forms to contest on the ticket of the opposition National Democratic Congress (NDC) in the Kpone-Katamanso Constituency.

Mr. Tettey, who is popularly known as Joe T in the area, summited his forms accompanied by the Kpone-Katamanso NDC constituency executives at the municipal electoral Office.

In an interview with the Ghana News Agency, the NDC parliamentary candidate thanked the Electoral Commission for taking him through the process successfully.

He said the party would not entertain any violence acts that would mar a free and fair election in the area.

He indicated that the NDC was not ready to relinquish the seat to any political party adding that Kpone-Katamanso would be considered as world Bank for the NDC during the December 7th elections.

According to him, the out going MP for the area, Mr Joseph Nii Laryea Afotey Agbo had fully endorsed his bid to take over the seat,adding, “I will secure over 70 per cent of the total votes,” he assured.

He again called on the electorate to vote massively for the flag bearer of the NDC, Mr. John Dramani Mahama to win the presidency.