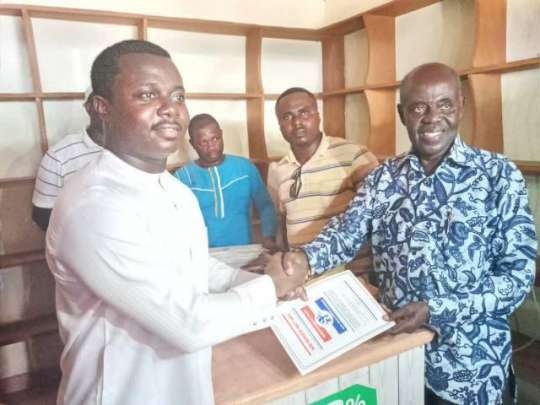 He was followed by an enthusiastic crowd amidst drumming and singing and cheering at the Party office.

This will be his second appearance to contest on the ticket of the NPP.

He enumerated the successes chalked under his three year rule, saying a lot of youth in the area have been employed under NABCO, the security services, forestry division among others.

Others have been sponsored outside the country to pursue higher education and many more.

Mr. Fordjour said the free senior high school education by the Akufo Addo government had brought a lot of joy in many homes especially in the districts.

He therefore called on all to vote for Nana Akufo Addo as President in the impending election and also for him as a Member of Parliament for Assin South.

The teeming supporters were hopeful that with Ntim Fordjor contesting again in Assin South, the place will be a better place to live.