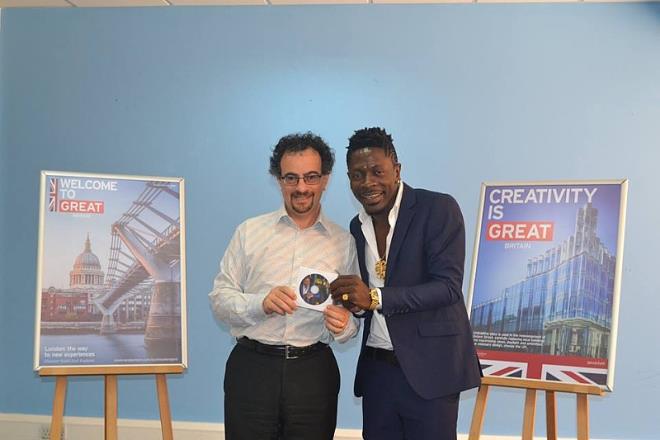 The British High Commissioner to Ghana Jon Benjamin has stated that he is likely to start writing dancehall hit songs after meeting Shatta Wale.Self-acclaimed King of Dancehall, Shatta Wale on Wednesday 17th February 2016, together with his management team paid a courtesy call on Benjamin at his office in Accra, Wednesday.

Among other things, the meeting was an avenue for both parties to discuss areas of partnership for the development of the country as a whole together with stakeholders within the Creative Arts industry and other sectors.

Shortly after the meeting, Benjamin tweeted “Look who just came to call on me – the great @shattawalegh. Before you know it, I’ll be writing dancehall hits!”.

The commissioner added that he will be coaching Shatta Wale on how to make the Shatta Movement a force to reckon with and added another tweet saying: “And here’s me giving Shatta Wale @shattawalegh some tips on how to perfect the #shattamovement, haha.”