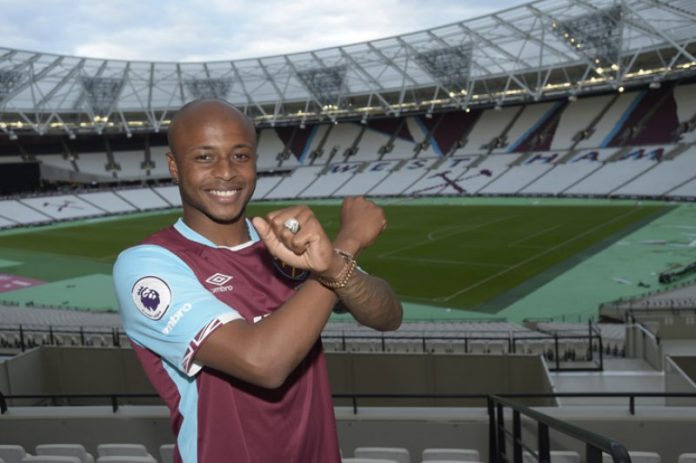 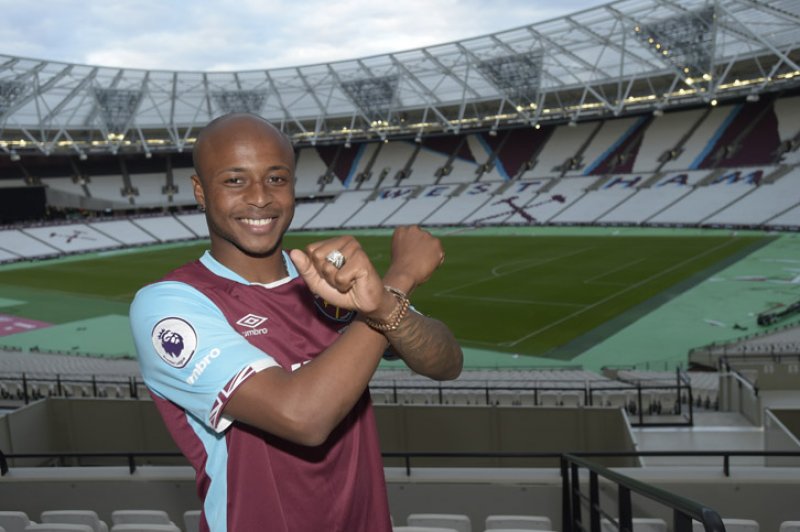 Ayew joined the hammers in a record fee of £20.5 million from Swansea City on Monday, signing a four-year contract which the British diplomat has described as an excellent move.

Benjamin, a fan of the Hammers, believes Ayew’s reunion with his former Marseille pal Dimitri Payet will constitute a great threat to opponents in the Premier League.

“I just spoke with Andre Ayew by phone in London and he can’t wait to get stuck in for the Hammers,” Benjamin tweeted.

He added: “I go to bed happy, knowing that my man Andre Ayew is a Hammer. Now, here’s quite a lethal pairing [Ayew and Dimitri Payet] reunited at West Ham to rip up the English Premier League this season. Be afraid, be very afraid! [I] can’t wait for his first goal at the new stadium,” he added.

In his debut season in England, Ayew won the league’s Player of the Month of August, finishing the season as Swansea’s top scorer with 12 goals.