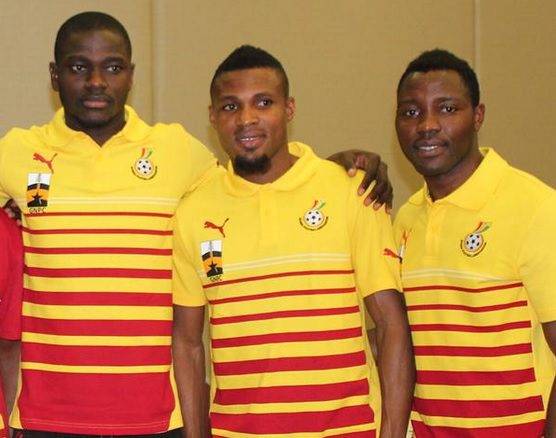 Mensah happy with return of Kwadwo Asamoah and Jerry Akaminko

Defender Jonathan Mensah is delighted to the return to full fitness of his Ghana teammates Kwadwo Asamoah and Jerry Akaminko.

The Black Stars duo have been out of action for an extended period of time due to injury.

Akaminko needed over a year to regain full fitness after fracturing his ankle in the lead up to Ghana?s disastrous campaign at the 2014 World Cup.

The injuries kept both Ghanaian players from first team action for their clubs and the Black Stars for over six months.

Both players are now available for first team action for their respective club with Asamoah coming on as a late substitute in Juventus? 3-1 win over Bologna last weekend.

Akaminko is however yet to play for Eskiserhirspor this season but has been named on the bench twice in the Turkish flight.

J0nathan Mensah is however delighted both players have made full recoveries and can play for both club and country.

?Great to see my brothers back on the pitch again @asabob20 [Kwadwo Asamoah] and @jville15 [Jerry Akaminko]. Glory be to God,? Mensah Tweeted.