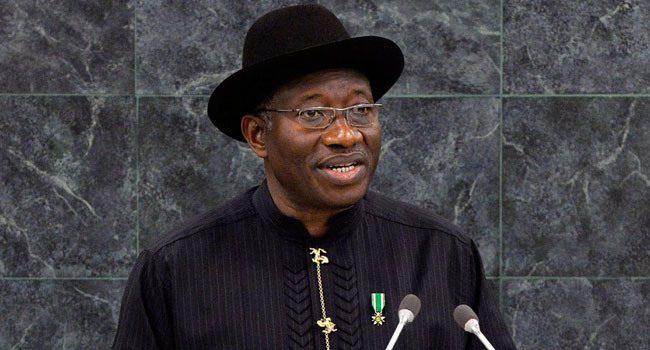 Similarly, Nigeria?s President- Elect, Gen Muhammadu Buhari had promised to do everything possible to find the missing girls.

It should be recalled that 200 schoolgirls were on April 14, 2014, abducted from the Chibok Government Secondary School in Borno state.

Addressing a rally organised by the ?Bring Back Our Chibok Girls Lagos ? Legal Practitioner and Convener of the Group, Mr Wale Ogunade, said that it would be sad if the Jonathan?s administration wound down without bringing back the girls.

?It will be historical if the administration delivered on their promise? he said.

?Whatever it is, those girls are still on this earth.

?We want to lend our voice to the call for the rescue of the girls? he said.

He noted that Nigeria needed concerted efforts to put an end to terrorism.

?We will not give up until the girls are found? he said.

He also urged Nigerians to be part of the project of the rescue of the girls by helping with any information that may be useful to security operatives.

?An attack on one they say is an attack on all. All hands must be on deck to end insurgency.

Also speaking, another activist and member of the group, Mr Awoyinfa Amoro said that for the outgoing government to leave a lasting legacy, they should return the girls.

?The Jonathan?s administration should seal their legacies with the returning of the abducted girls so that when they go, they will forever be remembered.

?Freedom is never given but fought for. If those girls are not with us we are all in bondage.

?Anyone who is anxious about being happy must realise that it is only when you fight for your right that you can be happy? he added.

The rally which held at the Gani Fawehinmi Freedoom Park Ojota also had various representatives of other civil society groups in attendance.

Girls to receive training in hockey officiating and umpiring

Do more to protect girls in the continent – AAG to governments