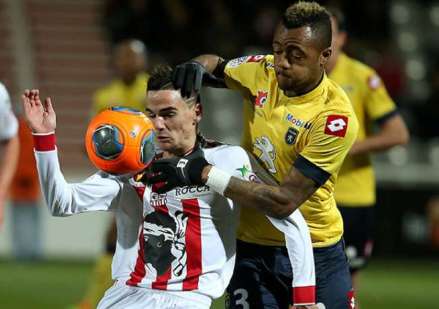 Ghana striker Jordan Ayew wants to begin scoring to repay the confidence posed in him by Sochaux coach Herve Renard as the side battles its way to escape relegation.

The 22-year-old is yet to open his goalscoring account since joining Les Lionceaux on loan from Olympique Marseille in January.

Ayew has made seven starts in Ligue 1 for Sochaux but still chasing his debut goal.

The Ghana international is further motivated to end this barren run due to the ?fatherly? role being played by coach Renard Herve who was once an assistant coach to the Black Stars.

?Herve Renard is like a father to me. He speaks to me and it goes well here. It is a good experience to have him,? Ayew said.

?I have opportunities, but without success. But I work great defensively and I sometimes lack clarity.

?If I had only thought of my mouth, I would not accept to play.

?But I do my best for the team. I hope the goal drought will end soon and I will start scoring.?

Sochaux remain deeply involved in the relegation dogfight as they are five points adrift safety.

They will be hoping to get precious points to help their bid when they host Bordeaux this weekend.

Women Encouraged To Break The Psychological And Mental Barriers