(dpa) – Jordan’s top prosecutor on Tuesday banned the publication of any information or material relating to a case involving ex-crown prince Hamzah.

The ban aims to preserve the secrecy of the investigations conducted by the security services, the prosecutor said in a statement, according to the official Petra news agency.

“The ban includes audio and visual media and social networking sites, and the publication and circulation of any pictures or videos related to this topic,” read the statement.

Investigations showed there were movements by Hamzah and others that were targeting the kingdom’s stability and security, and that they were in contact with “foreign parties,” the authorities said on Sunday. Several high-profile individuals have since been arrested.

The Jordanian army denied Hamzah was under house arrest, but that he was asked to refrain from activities that could be damaging to the kingdom’s stability.

In recorded videos, Hamzah said the army told him not to leave his house or communicate with anyone.

Two audio recordings by Hamzah have been circulating on social media since Saturday. One is of a conversation between Hamzah and the head of the Joint Chiefs of Staff, Yousef Ahmed al-Hunaiti.

On Monday night, the royal court released a statement signed by Hamzah, in which he affirmed his loyalty to King Abdullah. 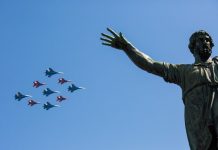 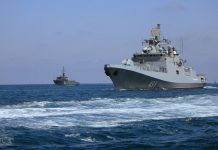 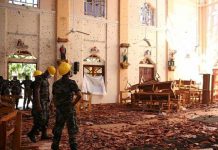