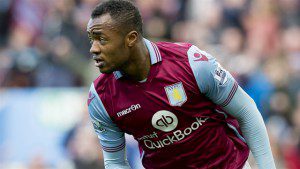 Aston Villa midfielder Jordan Veretout has hailed the immense quality of Jordan Ayew despite the side’s struggles in the Premier League.

The Frenchman as raved about the individual brilliance of the Ghana star after he rediscored his true self following his initial struggles.

Ayew, 23, has emerged as a standout performer in recent weeks for a side whose season appears to be going spectacularly wrong.

Villa have struggled for form this season as they lie rock-bottom of the English top-flight.

But midfielder Jordan Veretout has singled out Jordan Ayew for praise for his fighting spirit.

“I have been very impressed with Jordan,” he told AVTV HD

“I think he is getting better every week – and he is scoring goals for the team and contributing a lot overall.

“Jordan is a real fighter. That’s a very good quality he has.

“He is also very clean technically. He is excellent on the ball and has real precision with his passing – and it’s also tough for defenders to get him off the ball.

“He makes very good decisions on the ball offensively too.”