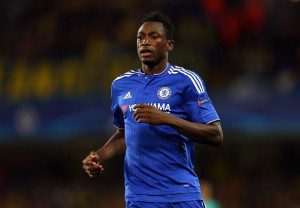 Baba Rahman has been benched by CHelsea

Chelsea manager Jose Mourinho has left Ghana defender Baba Rahman out of the starting line-up to play West Ham in the English Premier League on Saturday.

It was though the Blues were struggling to the a natural left-back and the Ghana international was the perfect fit for that the position.

However after several weeks of dithering Mourinho featured the Ghana defender in their home match in the league last week but he showed some jitters.

The former Bundesliga defender looks to have paid the price for the showing and has been axed from the starting team.