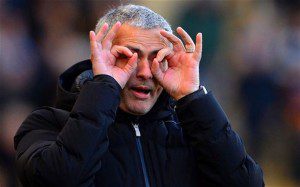 British superstar rapper Stormzy in nearly three years has return with his anticipated music video titled “Mel Made Me Do it” which features José Mourinho who is the coach for AS Roma of Italy.

The epic music video, directed by KLVDR, features more than 35 cameos including influential Black figures like Ian Wright and Trevor Nelson, as well as a tribute to the late SB.TV founder Jamal Edwards.

The music video comes along with a 10-minute promo video that includes a host of cameo appearances from assorted famous faces from Louis Theroux to Usain Bolt.

Halfway through the epic video there is also a surprise appearance from José Mourinho, who appears alongside Stormzy with his finger pressed to his lips while sampled audio of his famous “I prefer not to speak” postmatch quote plays.

Stormzy boasts in the opening of the music video saying “I’ve been the GOAT for so long, I guess it’s not exciting when I win,” “To make a classic, yeah, it takes ages.” Stormzy is given an assist with a guest verse from Stylo G and an emotional spoken word piece by Wretch 32 (narrated by actress Michaela Coel).

“Today, we speak about foundation,” the monologue begins. “Many great Black influential giants have touched people, from soul to soul, throughout many generations.” She continues: “Our DNA empowers us. We can make a song and dance out of everything. Our genes are enriched – it seems there is not a seam out of place in our fabric…”

The song’s title is based on the influence of his long-time personal stylist called Mellisa.

The visual in the video shows stunning display of Black British excellence, with extra emphasis on black African people.

Re: “The Distortion Of Nungua History”

Facebook considering reels and other features for younger users