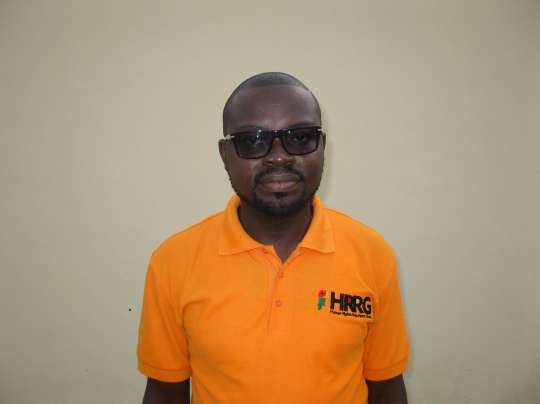 The Executive Director of Human Rights Reporters Ghana (HRRG), Joseph Kobla Wemakor has been elected to serve the office of the Greater Accra Regional Youth Network (GARYN) as a Public Relations Officer (PRO).

Mr Wemakor, a multiple award winning Journalist who also doubles as the Deputy Head of Media and Communication of PLO Lumumba Foundation, Ghana beat his closest contender Richard Kasu to be sworn-in as the new Public Relations Officer (PRO) for the Greater Accra Regional Youth Network.

The election of the Executive Officers was part of the launch of the Greater Accra Regional Youth Network (GARYN), events held in Accra on Friday December 20, 2019.

Mr Wemakor in an interview the Ghana News Agency expressed his gratitude to the delegates for the honour done him.
He pledged to bring his expertise on board to propel the agenda of the Network to a higher height.

The event dubbed: “360 Face To Face Regional Assembly Meeting 2019” was the first ever General Assembly Meeting of the Network, which also witnessed the capacity building of the youth and the launch of Sustainable Development Goals (SDGs) interventions, a pilot activity the youth would be rolling out as a way of contributing their quota the achievement of the SDGs.

The elected Executives Officers of GARYN were subsequently sworn into office to steer the affairs of Network with immediate effect.

The one-day meeting on the theme; “Youth in Action: Developing Greater and beyond” was attended by over 200 representatives of several youth groups within the Greater Accra Region (delegates) including; some leaders of various National Youth Networks in the country as well as graced by some dignitaries.

Speaking at the meeting, the Greater Accra Regional Executive Secretary of Peace Council, Mr. Emmanuel Anim charged the youth to channel their energies to the “who courts” and ensure that if they do not understand something, they ask questions for clarity and resort to dialogue to avert conflict and maintain peace and order at all times.

“My Chairman will always say let’s ‘jaw, jaw’ than ‘war, war’ because it is going to be tough that we are able to dispel misconceptions, miseducation and misinformation, but if we don’t dialogue, these things will fester and it will lead to conflict”.

He further stressed, “Let us engage intellectually, let us engage discourse and I believe as we do that, we can build not only a developed country, but a developed youth”.

He called on the newly elected Executives to endeavor effective mobilisation of the youth and ensure they are properly engaged and managed using discourse as a tool to ensure peace prevail at all times to engender development.
The Greater Accra Regional Youth Network is a web of youth groups from various district assemblies in the Greater Accra Region.

Its core mandate is to promote holistic youth development in the region through advocacy and embarking on service delivery projects that will directly impact the lives of young people in the Greater Accra Region.