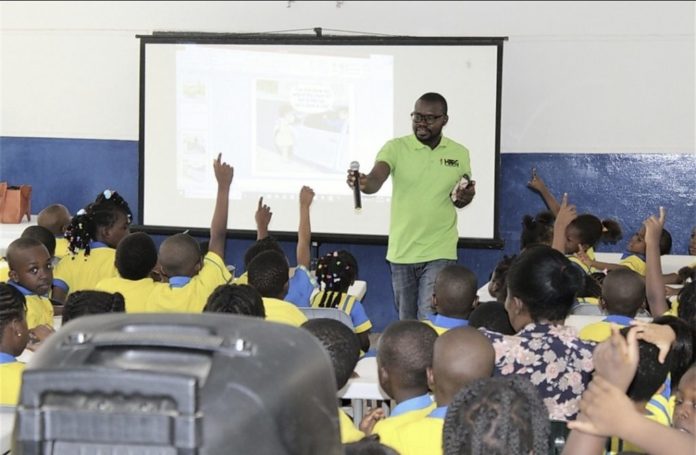 Difficult situations are always bound to arise each step of our way which can deter our progress in life.

But how we deal with such situations would determine our failure or success in life.

I bring you a story of a little initiative of mine which led to solving the most critical issues of my beloved country.

Ghana is a beautiful cultural-filled country located in the western part of Africa with a little of 30 million population size.

It is a small country that has amazing tourist sites to show the world. When you come to Africa, Ghana is a country considered to be stable when it comes to democracy and gradual development.

But something terrible happened in the middle of 2018 which turned the whole country upside down and created intense fear and panic among the citizenry.

I’m talking about the ‘infamous’ new wave of kidnapping phenomenon which wreaked havoc in the country during the latter part of 2018 and sprung into 2019.

But but later waned gradually to a halt in the early part of 2020.

Due to its magnitude, it has dominated news headlines across the world (both the local and international media).

This is a saga which hits almost like a tsunami and witnessed the seizure of a number of people including both locals and foreigners at many parts of the country.

According to reports from reliable sources, almost 70 kidnapping cases were recorded during the latter part of 2018 alone which was bizarre.

A chronology of events unfolded in the whole saga which sent shock waves to many parts of the country amidst intense consternation and trepidation.

The new wave of kidnapping phenomenon first hits with the news about the disappearance of three (3) young Ghanaian girls in the west of the country (Sekondi-Takoradi). Shockingly, these girls were never found till date.

Then came the sad news of two (2) young Canadian women who worked for Youth Challenge International, a Canadian organization that sends young people to work on development projects in Africa, Asia and South America were reportedly seized at a golf course in the city of Kumasi.

An Estonian diplomat was equally seized in the capital Accra during his regular morning walk. But shortly afterwards he was freed by the Special Weapons and Ammunition Tactics (SWAT) Unit of the Accra Regional Police Command who stormed the house where he was being held. Indeed my heart really goes out to our Security Forces for a wonderful job done!

The gravity of the issue caught the attention of the President of the land, His Excellency Nana Akufo-Addo to respond with urgency in an attempt to allay people’s fears, pledging his government’s determination to put an end to the kidnappers’ activities.

But it does not take mere rhetoric to stop the canker of this magnitude but through strenuous efforts and application of wisdom backed by actions, ambition and commitments to quench the fire and bring the canker to ground zero. Yes! this, I have demonstrated not only by words but in concrete actions and truth with the support of my amazing team of volunteers who made the difference by engaging in a sensitization campaign which saw many Ghanaians enlightened on the tricks being employed by the so-called kidnappers which help most people to foil their attempts and that of course did the trick leading to drastic improvement in reduction of the kidnapping cases in the country. 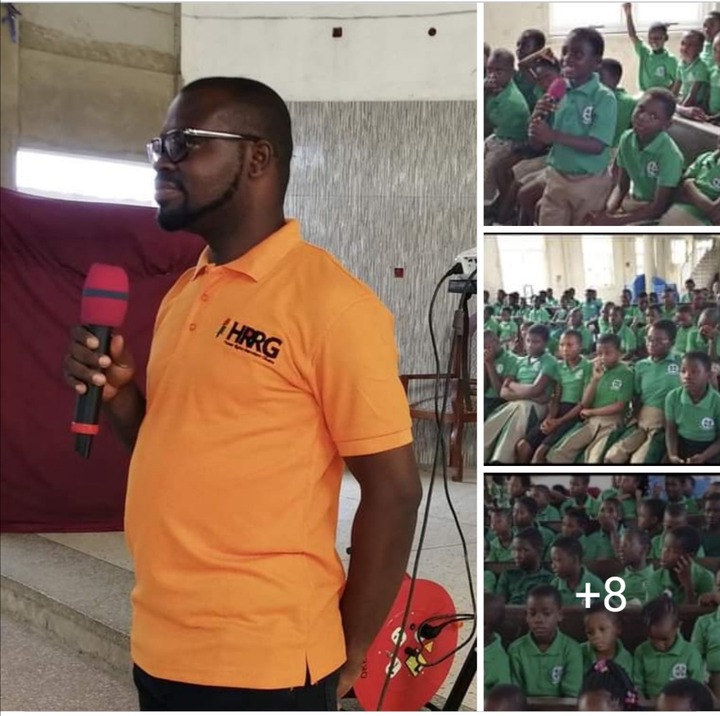 My quick response to the issues witnessed the birth of our ‘Messiah initiative’ dubbed: the ‘Kidnapping, Teenage Pregnancy and Tramadol/Drug Abuse Sensitization Campaign (KTT PROJECT) which we used to vigorously educate the populace particularly children of school going age who were the most vulnerable in the kidnapping saga.

Such an honourable gesture equally witnessed the establishment of my brainchild, ‘the Human Rights Reporters Ghana’ (HRRG). This is a Non-Governmental Organization (NGO) which has dedicated its efforts to protecting and ending human rights abuses in Ghana and beyond with focused attention on women, girls, children, and the disability including the minority groups who are the most vulnerable in the society. It comprises journalists/reporters, news editors, human rights activists, advocates, defenders and lawyers who are committed to promotion of human rights. 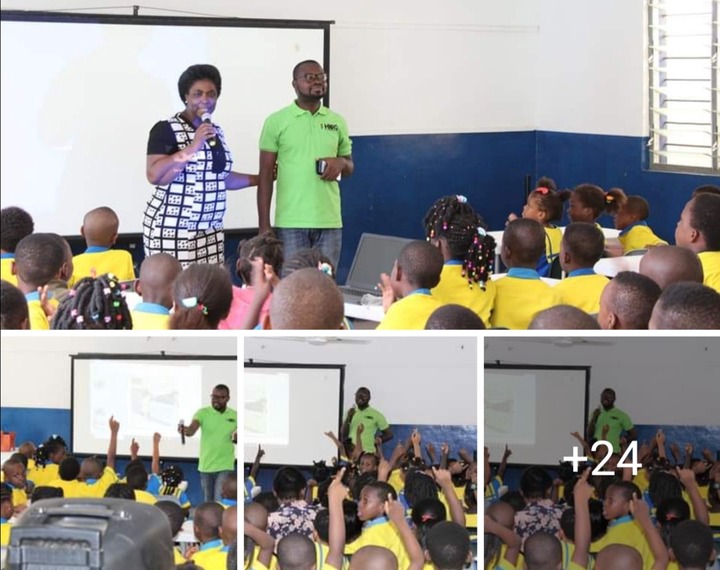 The KTT Project gained momentum in July 2019 all the way up to 2020 and witnessed over 60,000 Ghanaians sensitized on the most pressing and critical social and human rights issues Ghana is bedeviled with of which the issue of kidnapping seemed to be the worst.

It later brought on board several stakeholders including the Ghana Police Service, the Ghana Education Service and the Ghana Commission on Human Rights including some Civil Society Organizations (CSO) in the country who expressed interest in joining the campaign wagon for good since the fight was a bigger one which needs more hands on deck. Apart from the issue of kidnapping, teenage pregnancy is another critical social canker fast depriving many Ghanaian youth of their future.

In Ghana, adolescents represent 22.4% of the total population. The rates of teenage pregnancy are high. Thirty percent (30%) of all births registered in Ghana in 2014, were adolescents, and 14% of adolescents aged between 15 and 19 years had begun child bearing.

The World Health Organization (WHO) fact sheet from 2015 states that around 16 million adolescents give birth each year. Pregnancies and deliveries of adolescents (10-19 years old) are accompanied by more risks compared to older women.

In addition, drug abuse is equally becoming a serious problem in Ghana too. The alarming rate of the abuse especially among the youth can be traced to the high unemployment among the youth, frustration of highly qualified students not having access to further education and general economic situation in the country. When we talk about the issue of drug abuse and use of substances, marijuana and tramadol have been identified as the major drugs abused among the youth in Ghana. The age incidence of abuse of marijuana and tramadol is relatively low, 10-12 years and experimentation has been found to be the main reason for the start of the abuse, according to the African Journal of Education Studies in Mathematics and Science Vol.1, 2001:115-120.

Obviously, one of the ills plaguing Ghana today is the misuse of drugs specifically “Tramadol” and other forms of substances which are either poorly regulated or banned for use in the country. Like a strike of light to a petrol or a smoker puffing cigarette smoke in the sky, illegal use and abuse of drugs has engulfed our society so much that most of these young men and women are suffocating to death under its intense canker. It is in the light of all these unfortunate situations the decision to stage the KTT Project as a vibrant human rights organization was hatched.

As a result our campaign messages were not only focused on addressing the issues of kidnapping, teenage pregnancy and tramadol/drug abuse but equally centered on deeper education on human rights to inform the citizenry about their rights in a bid to promote the culture of human rights knowledge in Ghana whiles equipping the populace at the same time with information on how to foil attempts of kidnappers including other perpetrators social ills and the abusers of human rights to ensure justice and peace prevail in the country always. 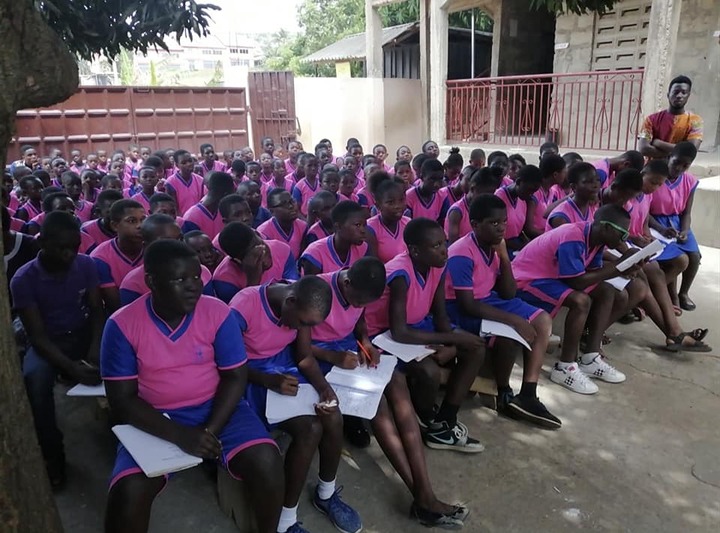 Three grabbed for robbing and kidnapping a Nigerian lady