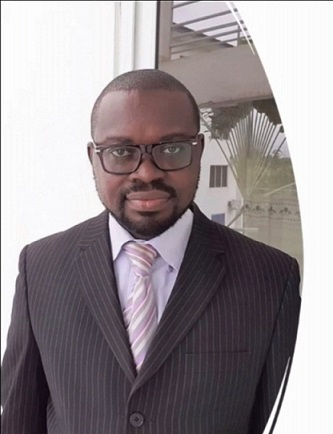 For the simple truth that we are humans, we are entitled to freedoms and liberties to have full realization of our unique existence irrespective of race, religion, color, status, age, sex, ethnicity, is the result of the adoption of the Universal Declaration of Human Rights by the UN on 10th December 1948.

In effect, all peoples of the world reaffirmed faith in fundamental human rights, in the dignity and worth of the human person conspicuously after the horrors of Nazi atrocities in the Second World war.

It is in this spirit, the Human Rights Reporters Ghana (HRRG), joins all peoples of the world in commemorating this important day.

As Ghana is a proud dignitary to this worthy document, we take the opportunity to reaffirm our faith in the fundamental human rights of all Ghanaians devoid of prejudice, discrimination, bias or violence to express opposing thoughts and views.

The HRRG wants to use this day in helping citizens reflect on how we as a people have contributed to furthering the enjoyment of these fundamental rights enshrined in our 1992 constitution by all manner of persons in the past 11 months.

The nation continues to be a beacon of democracy after a successful exercise of our political rights resulting in the swearing-in of H.E. Nana Akufo Addo and his government on 7th January 2021 with the two major political parties gaining equal seats in the Legislature, rightly accepting the wishes of the electorate.

Ghana has further demonstrated its commitment to respecting the civil rights of its people when one party felt aggrieved with final electoral results and had the opportunity to seek redress in the apex court of the land where all and sundry accepted the final ruling on the electoral dispute. This once more advertised this nation as exemplary among its peers on the continent.

However, efforts at projecting Ghana as a champion with a high human rights record have been blighted by significant human rights violations.

The youth of the nation expressed much dissatisfaction and frustration at the rate of development or lack of it, in what they called ‘Fix The Country Movement’.

For weeks, the Ghana Police Service deployed tactics enough to prevent the ‘Fix The Country Movement’ activists from enjoying their rights to demonstrate to drum home their concerns, though eventually the court gave them the go ahead to express themselves on the streets.

In July 2021, the shocking news of a murdered social activist named as Ibrahim Mohammed a.k.a. Kaaka Macho, who constantly criticized the ruling government for its poor performance, was reported.

While speculations remain that agents of the ruling party have a hand in his untimely death, police investigation claim otherwise.

In a related development, the unresolved murder led citizens of Ejura where Kaaka hailed from, to protest outcome of police investigations which also results in indiscriminate shooting by security operatives taking the lives two victims.

Unfortunately, the men in uniform who shot the firearm are yet to be interdicted.

Topmost of all rights abuses observed in Ghana continues to be domestic violence against women and girls, who happen to be the vulnerable group the Human Rights Reporter Ghana seek to protect through its works.

Domestic and Gender Based Violence

As we celebrate 73 years of recognising and promoting equal rights among all peoples of the world, women and girls continue to suffer all manner of physical and emotional violence from spouses and partners.

Coupled with the unending COVID-19 global pandemic bringing many economies almost to their knees, the section of society who are reeling from the impact are helpless women and girls who are at the mercy of abusive men.

Yearly, 30-35% of all women and girls according to statistics from independent and state institutions encounter some varying degree of domestic abuse. Meaning for every 3 Ghanaian females, one had experienced one form of physical or emotional abuse.

It is in recognition of this horrific statistics that in September, 2021, the Gender, Children and Social Protection ministry outdoor a Domestic Violence Information Portal to provide database on Domestic/Sexual and Gender Based Violence and Child Marriage in Ghana.

Today, we remind all women and girls who are the sustainers of our society that, Article 2 of the all-important quasi-sacred document (Universal Declaration of Human Rights) outlines the fundamental human rights of all people in every corner of the globe where it opines that, “Everyone is entitled to all the rights and freedoms set forth in this Declaration, without distinction of any kind, such as race, colour, sex, language, religion, political or other opinion, national or social origin, property, birth or other status.” And an organization such as ours will continue to champion this cause.

Article 5 further protects them stating, “No one shall be subjected to torture or to cruel, inhuman or degrading treatment or punishment.”

This notwithstanding, these vulnerable groups endure some of the most violent attacks, emotional abuse and financial emasculation.

In a similar vein, a businessman named Prince Charles Dedjoe who had shortly been en-stooled as an Awomefia of the Anlo people beats his wife to death after a misunderstanding.

Another domestic abuse worth mentioning is the case of the Emmanuel Kwesi Dawood, a communicator of the NDC who sexually abuses his teenage daughter for close to two (2) years and impregnating her in the process.

As we mark the Human Rights International Day 2021, the Human Rights Reporters Ghana (HRRG) will like to use this special occasion to call on government and other social bodies to ensure the safety and protection of these persons so they can continue to contribute meaningfully to the development of this nation.

As a non-governmental organization (NGO) comprising journalists, lawyers and human rights activists in Ghana, our outfit again demands that law enforcement agencies put their arsenals together to bring to book the killers of Ahmed Suale, who dedicated his life to bringing to light the nefarious activities of nation wreckers. All the state owes his memory and family members is bringing justice to bear.

The author is a staunch human rights activist, gender advocate and the Executive Director of Human Rights Reporters Ghana