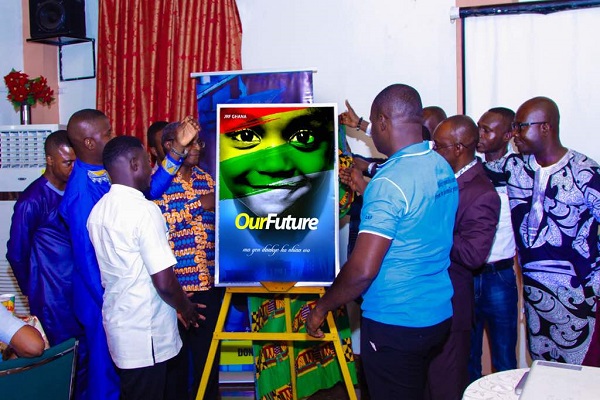 In its quest to complement government’s effort, the Juvenile Reform Foundation- (JRF-Ghana) has launched its charity concert to support released juvenile offenders and incarcerated juvenile inmates in the various correctional centers in Ghana.

The event which attracted hundreds of patrons took place on Saturday in Kumasi. The concert dubbed ‘OUR FUTURE’ will take off during the last quarter of the year and will be held 3 times every year in three different regions.

The funds that will be generated from the concert will cater specifically for the technical and vocational training, formal education and the general welfare of juvenile offenders–both released and incarcerated as well as vulnerable children in society.

The concert will be used to sensitise the public on consequences associated with juvenile crimes.

The Executive Director of JRF-Ghana Geoffrey Chaucer Ofori said majority of the young offenders pick up habits such as smoking, bullying and homosexuality from these facilities which have the tendency to waste their lives away.

Geoffrey Chaucer Ofori advised Ghanaians to embrace young offenders when they are released from correctional facilities, saying discriminating against them will only lead to reoffending.

He suggested to judges to tamper justice with mercy when dealing with juvenile offenders, arguing that majority of them are ignorant of their actions.

Geoffrey Chaucer Ofori called on religious organizations, corporate bodies, individuals and philanthropists to support JRF-Ghana turn the lives of these young offenders around.

On her part, the JRF-Ghana Brand Ambassador called on Ghanaians to help the foundation fight against juvenile crime and violence in the country.

Rev Emmanuel Forson Head Pastor of Refreshing Pastures who was the keynote speaker at the event indicated that juveniles who enter correctional facilities could be prevented if parents act responsibly.

‘Children will not fall into wrong hands outside their homes if parents spend quality with their wards,’ he advised.

JRF-Ghana is an independent, non-governmental organisation that is concerned with tackling and further stemming juvenile crime and violence in Ghana.