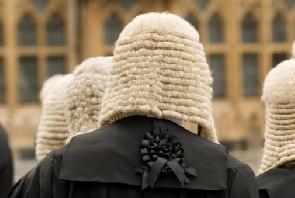 A Brazilian labor court ordered a national Serie A match between Palmeiras and Flamengo to proceed on Sunday, overturning an earlier decision to suspend the fixture because of a coronavirus outbreak at the Rio de Janeiro club.

The ruling was handed down just 10 minutes before the scheduled kickoff at Palmeiras’ Allianz Parque in Sao Paolo. The game eventually started more than 20 minutes late, with Flamengo fielding only four regular first-team players.

On Saturday, a lower labor court suspended the match, citing a high risk of infection among players, officials, coaching staff and other workers.

Flamengo had asked the Brazilian Football Confederation (CBF) to postpone the clash after reporting at least 16 positive coronavirus cases in their first-team squad, with only nine outfield players available.

However the CBF rejected the petition, arguing that Flamengo’s squad was big enough to field a team for the match.

Several Flamengo officials and members of the coaching staff, including manager Domenec Torrent, have also been diagnosed with the virus. Torrent was replaced on the touchline at Allianz Parque by his assistant, Jordi Guerrero.

In handing down his decision on Sunday, judge Luiz Philippe Vieira said the Rio-based lower court did not have the jurisdiction to suspend a match played in Sao Paulo.

Brazil has the world’s second-highest COVID-19 death toll behind the United States, with more than 141,000 fatalities.

Tough Days Ahead But Recovery is Coming – Bawumia