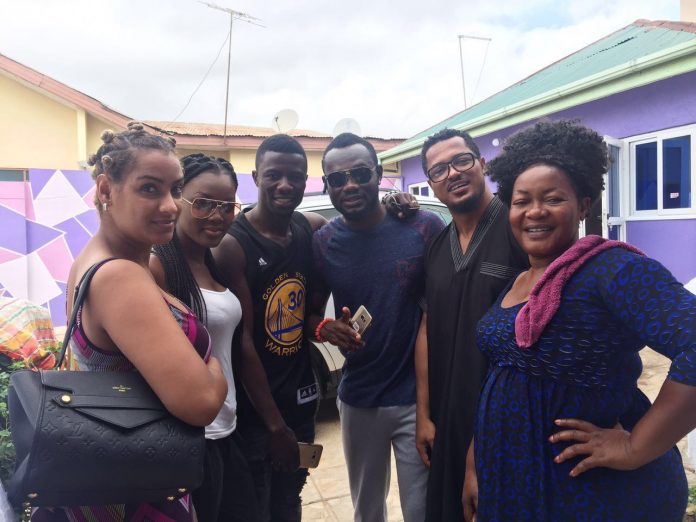 Juliet Ibrahim revealed a little overwhelmed by the unity of both industries “Accra and Kumasi”. Having tried to unite her colleagues through a Celebrity Soccer Match, the fine actress could not hide her love for Kumawood movies.

Over the weekend, she said on Happy FM that her wish for the Ghana movie Industry is to have a common name to breach the division in the industries.

Being the pillar to the merging of these two industries, Van Vicker is the first actor to have produced a“Twi-Glish” film: Jonny Walker featuring Agya Koo [Van was named the Best Actor in the Ghana Movie Awards for his role in Jonny Walker]. He later played a lead in Kumawood’sBroniW’awu which also won him the Best Actor awardat the ZAAFA, UK.

With Prince David and Charlotte Derban, it’s their first Kumawood role but Prince’s second Twi Movie.His first, “What a Shock” was shot in Accra and directed by Kobi Rana. From sources, the two have gotten another pending role to shoot for King Sober Production.

The star stunt movie [Order From Above] also features, KwadwoNkansah [Lil Win], Kwaku Manu, Christina Awuni among others. The movie should be ready for premiere in July.