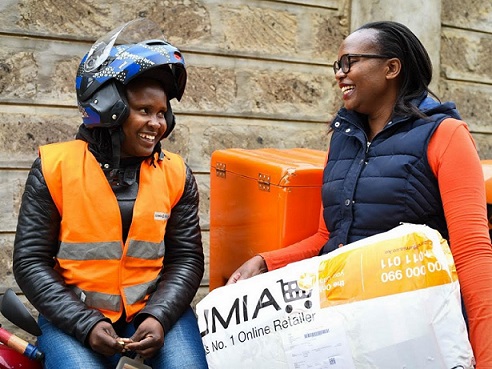 Jumia has been granted its Payment Service Solution Provider (PSSP) License for JumiaPay in Nigeria.

In its Q1 2022 financial report released Tuesday, the e-commerce giant revealed that the Central Bank of Nigeria, in April 2022, granted it the license.

This means that the company is now licensed to establish payment processing portals and develop payment solutions. According to Jumia, it means they can now process payments on behalf of third parties.

Meanwhile, the financial report also highlights Jumia’s wins in the first quarter of 2022, which indicates some impressive performance over the period.

According to the report, orders on Jumia saw a 40% year-over-year (YoY) increase in its first quarter. Compared to Q1 2021 when 6.6 million orders were made, Jumia processed a staggering 9.3 million orders from January to March 2022.

As was with its last 2 quarters, the fastest-growing category on Jumia is its fast-moving-consumer-goods sector which grew by 180% YoY. Its food delivery category came second with an 86% YoY growth.

On the downside, Jumia’s operating loss is also up by 64%—as a result of increased growth investments, it claims.

In the report, Jumia also announced its venture into healthtech in a global partnership which will see it launch Meeting Doctors, an e-doctor service to help “workers, sellers and consumers in general access doctors remotely for a monthly subscription fee of around $1”.

Fintech driving the growth of ecommerce in Ghana

Biggest esports gaming event of the year ready to kick off

Spotting Ghanaians abroad: These are five ways to do so