On June 3, 2015, the entire nation was thrown into a state of shock and mourning, following the heavy downpours that claimed over 150 lives. The flood disaster brought myriad of hardship to a huge number of Ghanaians after hours of rainfall. 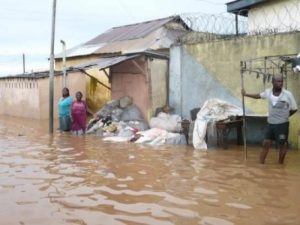 The effects of flood waters have become a perennial problem in Ghana dating back from the early 1990s. Undoubtedly, the torrential rain that hit some parts of Accra on June 3 was the worst tragedy to befall the nation.

This article is not intended to hurt the emotion of those who were affected one way or another, since the images of that black Wednesday are still fresh on our minds.

But I have to go through the motions of Ghanaians because we cannot give the unfortunate incident a rest. On that fateful day, hundreds of commuters were trapped at the Goil filling station around the Kwame Nkrumah Circle during hours of rainfall. 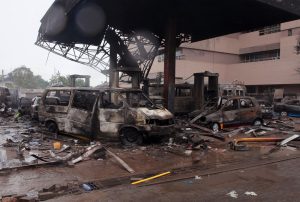 Unfortunately, the fuel leakage from the tanks of the filling station mixed with the flood waters. And the naked fire from a lit cigarette set the fuel station was up in flames killing many.

The deceased comprised of stranded drivers, traders, commercial sex workers and passers-by who had gone to the fuel station to seek refuge.

Aside from the lives that perished on that bad hair day, several others were injured. The disaster destroyed several properties worth GH¢1,658,847.00 including five houses together with the filling station. 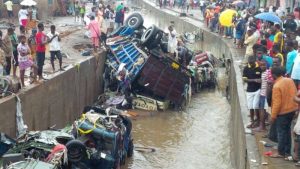 Subsequently, a five-man committee was constituted by the government to investigate the cause of the June 3 flood and fire disasters.

The committee’s finding alluded that one Seth Ofosu ignited the fire after dropping a lit cigarette. However, the leakage from the fuel station and the floods that submerged Circle were identified as the remote causes of the disaster.

Among the recommendations of the committee were dredging of the Odaw drain at the Nkrumah Circle, a ban on the use of plastic bags, a standardised training, certification and licensing of filling station attendants. 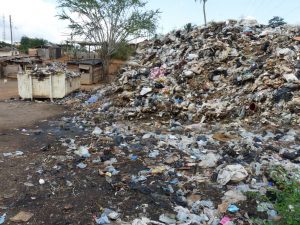 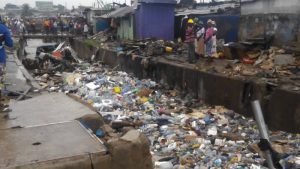 The rest are the creation of sanitation police, compulsory fitting of all commercial vehicles with refuse bins and equipping of disaster managers with the requisite tools in order to prepare the ground to handle disasters effectively.

After two years down the line, what has happened to the committee’s recommendation? Are we prepared enough to prevent similar incidents in the rainy season? Your guess is as good as mine.

Barely a year after the June 3 disaster, some parts of the country were struck by another tragedy of floods. And properties worth millions were destroyed with severe casualties.

The rains are here again and some regions particularly the Greater Accra have recorded series of rainfall in recent times. Have learnt any lessons from the fallouts of June 3 disaster at all?

On April 20, 2017, for instance, many parts of Accra were affected by flood waters after an hour of heavy rainfall.

In light of the above, some residents in areas such as Adabraka, Darkuman, Kaneshie, Abeka and Mallam were left frustrated, as they spent hours into midnight salvaging their properties.

This, among others, is clear indication that we are lagging behind as far as preparations towards the prevention of floods are concerned countrywide.

It would be recalled that the happenings of June 3 flood disaster took centre focus in the media for a while. After days of commentary, the subject went to rest without any practical solution.

In a statement following another devastating downpour in February 2017, the Minister for Works and Housing, Samuel Atta Akyea, announced that an amount of $700 million will be required to fix the problem of floods permanently.

Meanwhile, some environmentalists have identified human errors, attitudinal and behavioural changes as the major factors of torrential disasters in Accra and the entire country.

Some of the common causes are improper settlement planning, poor drainage system, indiscriminate disposal of waste, deforestation, choked gutters and lack of vegetation.

Over the years, the beauty of the national capital had deteriorated due to various human activities. The least said about choked gutters and the unpleasant filth that has engulfed Accra, the better.

It is welcoming news that President Akufo-Addo has promised to make Accra the neatest and best city in Africa. But this cannot be achieved without the support and cooperation of well-meaning Ghanaians.

For instance, the National Sanitation Day which was introduced by the past government was a good turn, so Parliament should expedite action to pass the Sanitation Day into law.

The Ghana Meteorological Agency has predicted more rains in the coming days, since we are at the peak of the rainy season. The forecast unit also warned of possible flooding in various flood prone areas.

Most importantly, public education and awareness of good sanitation practices should be intensified. The laws on sanitation must be enforced to the letter without fear or favour.

The metropolitan, municipal, and district assemblies (MMDAs) should be put their act together and not hesitate to pull down unapproved structures to clear the way for rain waters.

Challenges compel society to rise to the occasion, so let’s act responsibly to nib the spate of flood disaster in the bud. Must we always learn our lessons the hard way again?

The repercussion of June 3 flood disaster was a bitter pill to swallow. And the lessons of the horrendous incident should not be swept under the carpet.