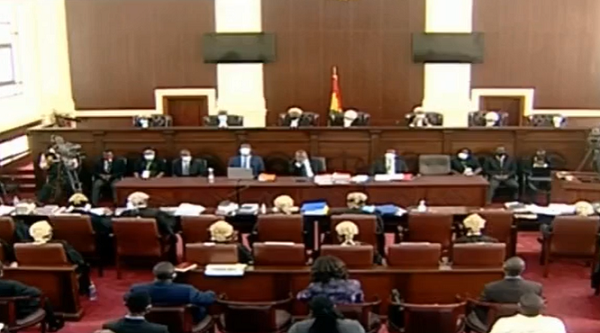 The judgement of the 2020 election petition was delivered on 4th March, 2021.

While this has brought a closure to the rancorous election that we had in December 2020, the unanimity of voice of the justices of the Supreme Court in the court processes and the final judgement is sacrosanct in the legal fraternity. However, in the court of public opinion, we will dissect the judgment and interrogate the processes leading to its delivery based on our prejudices, political affiliations, and sympathies. Perhaps and just perhaps, our interrogation of the judgement will be based on reason, logic and neutrality.

Though in the court of public opinion, we might have no technical knowledge of the law, its application and technicalities, common sense, human development, the bestial nature of humanity and  the purpose of assuaging feelings is enough grounds for deliberating on the issues of the courts and the justice system in Ghana as a whole.

The judgement, the merit or otherwise of the petition, and our court system in general are focal points for this discussion.The petition in the layman’s understanding seeks to simply demand that though the petitioner, his Excellency, John Dramani Mahama had not won the December, 2020 elections, the petitioner has identified irregularities in the conduct of the elections which has enured to the benefit of the 1st respondent. For this reason, the petitioner among other things seeks the declaration of the 2020 elections as null and void and of no effect.

The Supreme Court in its usual acrobatic legalistic manner danced with the court processes here and there with the counsels for both the petitioner and the respondents following suit. In the end, the petition was thrown out as lacking merit. That was just a few days ago and while many were quick to comment on the judgement, things seem to have gone back to normal and like the tortoise who wants no trouble with the powerful animals in the jungle, we have all coiled back into our shells. We do not want any trouble, do we?

It is worth noting that there are very good judges and justices of international standard and repute in Ghana. However, human nature is such a prodigious variety that a cook would have sooner gone through all the animal and vegetable spices in the world than an author will be in exhausting such an extensive subject. In simple language, the continuous complaints, negative perception and seeming bias in verdicts and judgements by our courts is no longer an issue to be swept under the carpet.

It is time for a concerted effort towards an interrogation and a possible overhaul of our justice system. The issues of modern times are becoming more complex and difficult and these require committed, honest and truthful individuals and institutions to deal with them. A possibly twisted, bias and tainted judicial system has no place in our current dispensation and dilemma. It is for this reason that we need to rise up and look at our judicial system as it is today. Failure to adhere to this call will mean our decision as people to seat on a powdered keg waiting to see what will happen. Though a human institution, justice system like Julius Caesar’s wife must be above suspicion.

Suspicion breeds contempt and contempt breeds anger. Anger eventually destructs. In every system, it is the believe of getting justice and the hope of being recognized for the good work  done that   calm nerves and restrain people from revenge. Once the notion of justice is lost and the hope of it is thrown away, we are faced with the challenge of everyone trying to take a fair share out of the system. This eventually creates a fertile ground for system failure, malfunction and collapse.

The petition and the matters arising out of it cannot of course warrant an interrogation of the judicial system of Ghana. Indeed, the merit or otherwise of the petition is not only immaterial to this piece but form no basis for its consideration.

The issue however is the consistent reports about justice being thrown to the dogs in our courts, the seeming lack of confidence in the judicial system of Ghana, negative conduct of our judges and justices in justice delivery among others. The time to act is now.

All is set for 2020 Honourary National Tourism Awards