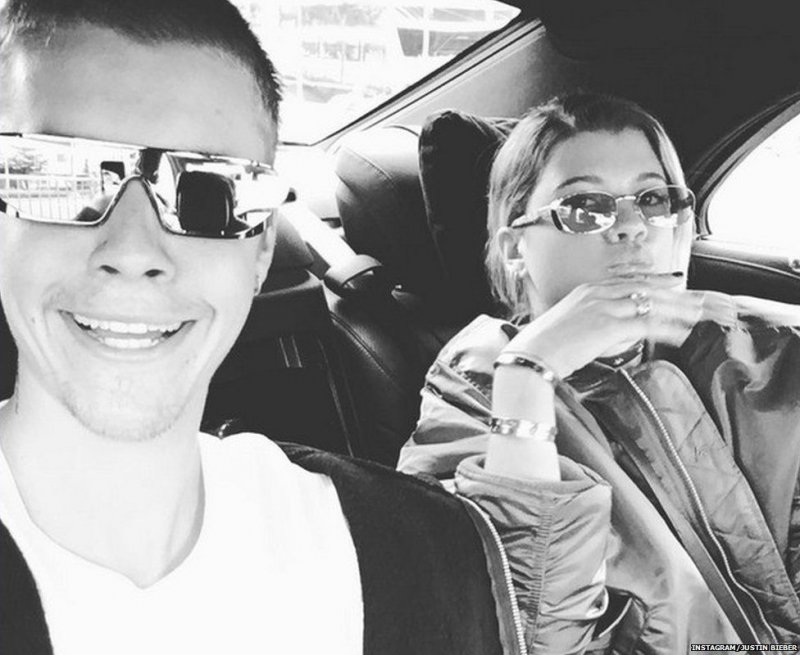 The Canadian singer and his ex, Selena Gomez, spent last weekend trading insults on the photo and video sharing app.

It all started after Justin Bieber posted a series of photos of him and his new girlfriend, Sofia Richie.

“I’m gonna make my Instagram private if you guys don’t stop the hate this is getting out of hand,” he wrote on the final picture that he posted.

“If you guys are really fans you wouldn’t be so mean to people that I like.”

But it appears Justin Bieber’s gone one step further than making his account private.

This is what you see when you search for Justin Bieber’s account now.

But Selena Gomez commented below the picture telling him to stop posting photos of his girlfriend if he didn’t want a backlash.

She wrote: “If you can’t handle the hate then stop posting pictures of your girlfriend lol – it should be special between you two only.

“Don’t be mad at your fans. They love you and supported you before any one ever did.”

But after Selena’s comment, Justin hit back with a cryptic message which seemed to suggest that the US singer had used him to become famous.

“It’s funny to see people that used me for attention and still try to point the finger this way,” he wrote. “Sad. All love.”

He then posted another comment which said: “I’m not one for anyone receiving hate. Hope u all can be kind to my friends and each other. And yes I love my Believers.”

But Selena Gomez apparently wasn’t about to let Justin Bieber have the last word.

She wrote: “Funny how the ones that cheated multiple times, are pointing the finger at the ones that were forgiving and supportive, no wonder fans are mad. Sad. All love.”

Justin Bieber was in Japan over the weekend with model Sofia on his Purpose World Tour.

Justin Bieber and Selena Gomez had an on-and-off relationship from 2011 until they finally split up in 2014, although they have been spotted and photographed together several times since then.