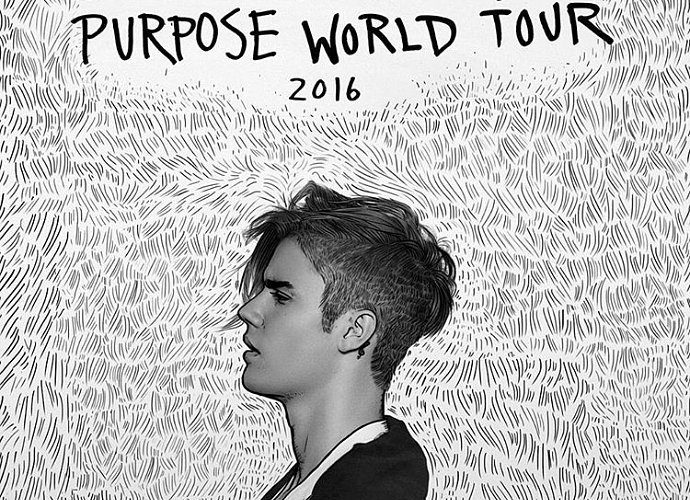 Justin Bieber has unveiled details his “Purpose” tour. Just days before his new album of the same title arrives in stores on Friday, November 13, he officially announced the dates and shared the poster in an Instagram post.

The North American leg of the tour will start on March 9 at Seattle’s KeyArena at Seattle Center. The 58-city trek will include 2-night stops at L.A.’s Staples Center later in the month, Rosemont’s Allstate Arena in late April and Brooklyn’s Barclays Center in early May.

The Biebs will also visit some cities in his home country of Canada before returning stateside and continuing the tour with shows in Minneapolis, Nashville, Orlando, Miami and Pittsburgh among others. He’ll wrap up the North American leg on July 18 at NYC’s Madison Square Garden.

Tickets for general public go on sale on November 20. Pre-sale for American Express card holders starts on November 16 through November 19.

“Purpose”, Bieber’s first proper album in three years, has been preceded by the singles “What Do You Mean?” and “Sorry” which have peaked at No. 1 and No. 2 respectively on Billboard Hot 100. The album and One Direction’s “Made in the A.M.”, which will also be released on the same day, are currently in a tight race for the No. 1 spot on Billboard 200.