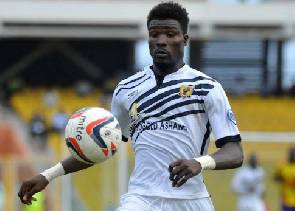 Ashanti Gold Football club have moved to block the exit of midfielder Kadiri Mohammed after offering him an improved contract.

The energetic 22-year-old midfielder was a key member of the squad that won the Ghana Premier League side but threatened to quit the club following poor remuneration.

But a disappointing GHALCA 6 tournament where their midfield was badly exposed, the Miners have now offered Kadiri a lofty monthly salary and have promised to let him go when a foreign club comes.

AshGold won the Ghana League last season and will participate in the preliminary stage of the CAF Champions against MO Bejaia on the 14th of February.