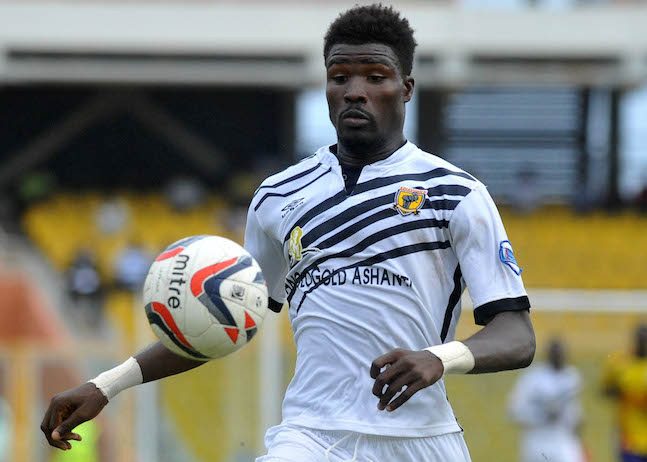 AshGold midfielder Kadiri Mohammed has confirmed he decided to stay with the Ghana League champions after they showed the desire to renew his contract.

The tough tackling midfielder had put in a transfer request after helping coach Bashiru Hayford’s side win their first League title in 19 years.

Kadiri Mohammed who was dearly missed as the Miners failed  to sparkle in the GHALCA 6 competition is the clubs current best player following his impressive performance last season.

“I have decided to stay because of a lot of reasons one being that the club showed that I was an important member of the team,” Kadiri told GHANAsoccernet.com

“Secondly they have improved my salary and that is very impressive because it meant a lot to the club.”

“Now the attention is to continue working hard to help the team.”

Three Regions In Ghana Have Confirmed Cases Of Monkeypox