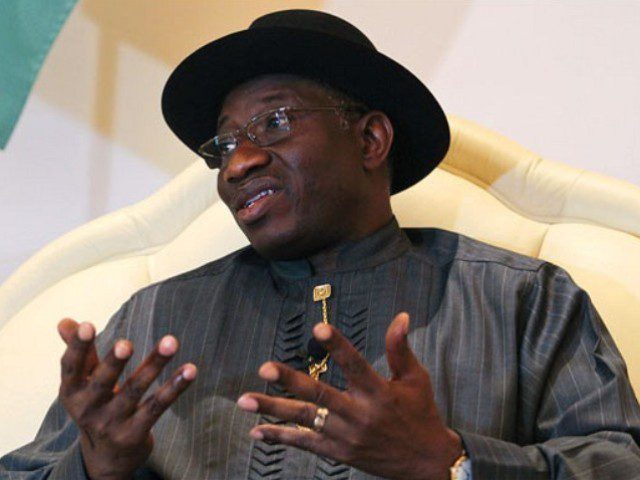 Human beings are politicians by their speech. A John Mason Brown said that nowhere are prejudices more mistaken for truth, passion for reason and invective for documentation than in politics.

Dr. Orji Uzor Kalu, a former Governor of Abia State reminds one of a George F. Burns?s statement thus ? too bad all the people who know how to run the country are busy driving taxi cabs and cutting hair ? when on March 11 2014, he said that ex-President Olusegun Obasanjo is the worst of presidents that Nigeria has ever produced.

In January 19, 2014, Kalu at the Murtala Muhammed International Airport, Lagos, had expressed worry that the $16billion power sector fraud was perpetrated under the watch of Obasanjo. He also said that when Obasanjo found pleasure in letter writing and wrote to Mr. President and, President Goodluck Jonathan replied, the former was supposed to have been arrested and, not allowed a free man in the street.

Kalu?s irritation about Obasanjo was that, according to him, Obasanjo used his position as the president of Nigeria, within the people of 1999-2007, to hound opposing views to his. Hence, for Obasanjo to suppress his political opponents, he was shutting down their businesses down.

Business outfits like Hallmark Bank and Slok Air, where Kalu was said to have had mouthwatering shares, were closed by Obasanjo, due to the former?s stance against certain misgivings of Obasanjo, as president.

It was learned through Kalu that in 1999, when the Peoples Democratic Party, PDP, was in dire need for money, he borrowed from the now defunct Hallmark Bank, which he single-handedly financed the PDP with, by lending it N500 million.

But instead of get a substantial return from the party and Obasanjo, who was then the leader of the party, he rather got the shock of his life, which was that Obasanjo directed the then PDP national chairman, Chief Barnabas Gemade, not to repay Kalu.

Kalu wept at the lecture on youths empowerment and good governance, at the University of Nigeria Nsukka, UNN, saying that the inimical attitude of Obasanjo on his businesses did not only affect the growth of his businesses, but, also, hampered the future of many Nigerians, who could have benefitted from the moribund businesses.

Kalu gave the numbers of the people who could have gainfully been employed in the companies till date, to 38, 000 Nigerians.

In May 19, 2013, Kalu had revealed how he gave another N100m to the Peoples Democratic Party for its registration prior to the 1999 elections, but instead of being given bonus, the scuttled third term ambition of Obasanjo, which Kalu was among the fighters, earned Kalu the vehemence of Obasanjo.?Ego!

As at May last year, instead of Obasanjo to set the story straight if he had thought that Kalu lied about his claims, all that Nigerians heard from Obasanjo was, ?Kalu not in my class.? In Obasanjo?s jaundiced approach to serious issues such as Kalu?s, he also added that Kalu is a man lacking in ?credibility and integrity.?

By that comment, many people were not lazy to remind Obasanjo that he represents that political statement by one G.K. Chesterton, which is that when [a politician] is in opposition, he is an expert on the means to some end; and when he is in office he is an expert on the obstacles to it. In short, when he is impotent he proves to us that the thing is easy; and when he is omnipotent he proves that it is impossible. (Till date, Obasanjo has not said to the contrary of Kalu?s claims).

It?s obvious that Kalu had every reason to have said and called for the arrest of Obasanjo, as the worst of presidents that Nigeria has ever had, because with the year preceding to the 1999 elections, while Kalu could be perceived was busy strategizing on how the PDP he so cherished, could win in the elections and lead Nigeria to the next political generation outside the military, Obasanjo was only satisfied with the drift that Kalu was the money bag in the party. Nothing, more!

Kalu, again, knew that it would hurt the PDP to lose in the election, but Obasanjo was experimenting the worse: To perpetuate himself in the office immediately he succeeds with the money, which Kalu was pumping into the party then.??Obasanjo operated his political controls as a generalissimo he is and, never operated to produce collaboration between the likes of Kalu who were in the party.

Obasanjo wanted everything, must come from his compulsions and desires, with the view that Nigeria was still under a military government.

However, Nigerians know that Kalu and Obasanjo might likely end up like the story told by one Jean Paul thus: Two aged men, that had been foes for life, met by a grave, and wept ? and in those tears they washed away the memory of their strife; then wept again the loss of all those years.

Obasanjo is a demagogue, a threat to democracy – Group

Buhari has failed the test of leadership – Obasanjo

Obasanjo’s movement for Nigerian women and youth in politics

Kufuor and Obasanjo Will Always Be Our Presidents

Zambia to complain to Nigeria over Obasanjo statement

Nigeria: Obasanjo And Jonathan Said To Have Failed Northern Christians