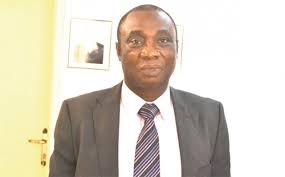 Information available to The Chronicle from Turkey indicates that the 225 Megawatts KARPOWER Barge is yet to set sail for Ghana, contrary to reports making the rounds that she is only two (2) days from berthing at the Tema Fishing Harbour, where a base has been prepared for her.
The humongous engineering structure, the size of the Accra Shopping Mall, was only moved from the quay after commissioning, in order to create space for other bigger vessels to berth at the position she was occupying.

The Chronicle’s deep-throat source in Turkey intimated that as at Monday, 2nd November, 2015, the Ghanaian authorities were seeking partnership for the provision of fuel, on which the power barge would run, upon arrival at the fishing harbor’s man-made semi submerged maritime structure, to prevent her from drifting to shallow ground.

The Chronicle’s investigations revealed that immediately after the commissioning ceremony, a Ghanaian reporter, without further consultation with the authorities, pushed the story that the power barge was on its way to Ghana. A renowned international bank is said to be ready to facilitate the fuel provision, but are skeptical, hence requesting for a well-rehearsed agreement.

The country was last week awash with joyous reports that at long last, the Turkish power barge, which is expected to add 225MW of electricity to the national grid, has finally set sail last Tuesday and expected to spend ten days at sea, and per this calculation, she is expected in the country by Thursday.

When the media contacted the Power Minister, Dr. Kwabena Donkor on the new development, as to the doubts surrounding the barge’s sail, he referred to his ministry’s public relations officer, who was not available for comments.

The government, in order to solve the power crisis, which has bedeviled the nation, contracted KARPOWER for the supply of two emergency power plants with the capacity of producing 225 MW each.

The first one was expected to be in the country in April 2015, but due to unexplained reasons, the arrival date was shifted to September. Just last week,  the supposed good news came that the power barge had set sail from the Turkish port of Istanbul on Tuesday 27th of October, only for it to emerge that the generating plant is still moored in the partly European and partly Asian country of Turkey.

The Chronicle has, however, established that if the fuel problem is solved, the barge would begin her journey to Ghana this week, with the support of a speed boat.

Dr. Donkor, who few months ago, literally placed his head on the chopping block that he would resign from office as minister if by the end of this year the power crisis had not abated, last week said at Dawa, in the Greater Accra Region that, the power barge is expected to enter Ghanaian waters in 15 days’ time.

That statement, connoisseurs believe is too vague, considering the fact that the power barge would be entering the country through the western frontier and travel another distance to the Tema Port.