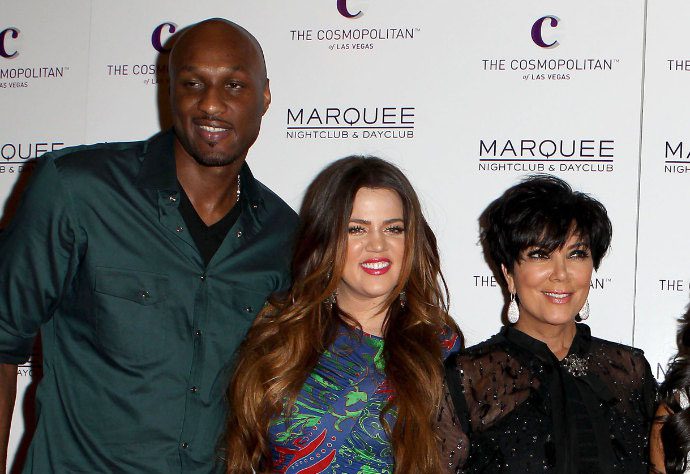 Kris Jenner worries about her daughter Khloe Kardashian who is currently taking care of Lamar Odom, has reported. According to the website, Kris is particularly afraid that her daughter doesn?t take a good care of her own condition.

As previously reported, no one is being allowed to see Lamar except Khloe after he underwent two emergency surgeries. Consequently, Khloe is also ?experiencing isolation,? the website writes. A source said, ?Before the emergency surgeries people were visiting [Khloe]. She had friends and people from her church coming to do prayer circles. And her mom was there all the time bringing her good food.?

When Kris was able to pay a visit to Lamar, ?Khloe hasn?t really been eating much, though, and now that [Lamar?s] on lockdown she?s all alone,? said the source. ?Her mom is in a panic over this; she hates to see Khloe in this state. It?s even more frustrating because she?s hardly been able to help,? the source explained.

?[Khloe?s] mom and sisters are very worried for her; they?re worried about her health,? the source continued. ?The circumstances she?s under are so harsh, and she?s not making it any easier on herself because she won?t leave [Lamar?s] side.? Furthermore, the 31-year-old reality TV star has decided to cancel her upcoming press tour for her new book ?Strong Looks Better Naked?.

What makes the situation even tougher is that Khloe reportedly doesn?t sleep much when she?s on Lamar?s bedside. ?She?s been getting a few hours of sleep a night and often less than that. And this is not a nice cushy mattress; she?s been on cots and even slept in a chair one night,? the source revealed.