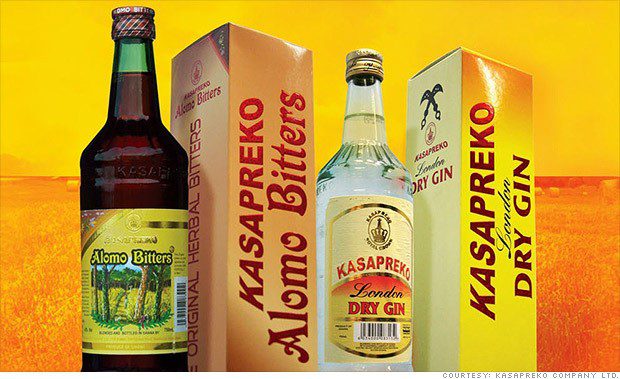 As part of measures to cut down cost of imports, Kasapreko Company Limited has acquired 40 percent shares in a cassava plantation at Hodzo in the Volta region. The joint venture investment with Caltech Ventures Company limited is inspired by Kasapreko?s strategic objective to be a total beverage production company by 2016.

This agreement was announced by the Deputy Managing Director, Kojo Nunoo at a press briefing in Ho.

He noted that the project will support the company?s import substitution strategy and confirm its position as a prime local manufacturer that uses predominantly local material in production.

The Deputy Managing Director added that when the project commence in May 2015, they will get three million liters of alcohol a year from cassava.

?We currently import over 25 million liters of alcohol annual so with this project on stream will hope to cut down our import of alcohol by 50%? he said.

Apart from alcohol, Mr. Nunoo indicated that the project will also provide liquefied Carbon Dioxide and cassava flour sufficient to produce starch-adhesive to feed a Corrugated Carton Plant being assembled in Accra.

?Kasapreko is in the process of acquiring a fully automated Carbonated Soft Drink bottling plant and will obtain the CO2 from the Caltech project? he noted.

Kojo Nunoo was optimistic their collaboration with Caltech will boost production and increase profit of the company.

On his part, the Managing Director of Caltech Ventures, Chris Quarshie?said the project will have?a strong social impact on the Hodzo community becuase it will?provide massive employment for people living in and around Hodzo.

He also revealed that they will be generating from the cassava waste about 600 megawatts of power using gasification technology of which only about 250-300eKW will be used for its own operations and the rest pushed to the national grid.

Mr. Quarshie?praised Kasapreko Company for the initiative and urged other manufacturing companies to emulate their example to help grow local businesses.

We need to create accessible and affordable insurance for all – UNDP