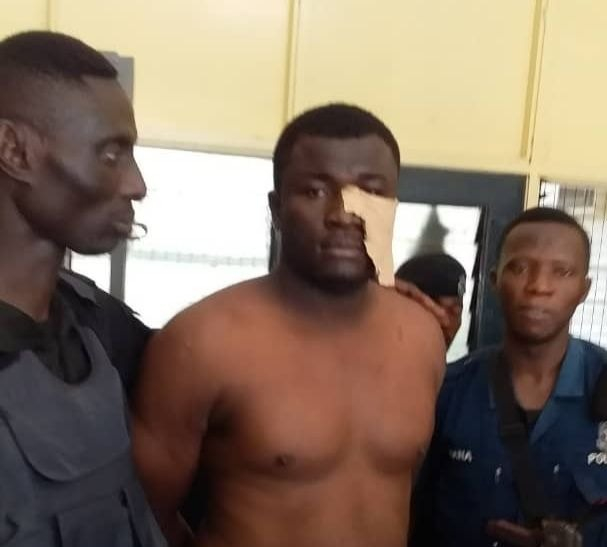 Prosecution on Tuesday said the Bill of Indictment of Eric Kojo Duah, the man who allegedly shot and killed two Police officers on the Kasoa-Budumburam-Aprah road is not ready.

Assistant Superintendent of Police, Sylvester Asare told a Kaneshie District Court that the Police are still waiting for the Bill of Indictment from the Attorney General’s Office (AG).

The District Court presided over by Ms Rosemond Dodua Agyiri thereafter adjourned the matter to February 17.

The Accused who is now solely being held for the murder have had his plea reserved.

The initial accomplice who was also standing trial with Duah have been discharged following in depth investigations into the matter.

The two policemen were part of a Task Force which was on duty when Duah allegedly took turns to kill them with a pistol after the officers had stopped his vehicle.

Prosecuting, ASP Asare had earlier said the police have forwarded the case docket to the Attorney General’s office for advice and for the preparation of a Bill of Indictment.

On August 28, last year, Duah who was driving an unregistered vehicle was stopped by the two policemen but he failed to stop.

The officers with a Ghana Police Service vehicle chased Duah who allegedly pulled a pistol from his vehicle and took turns to kill the two.