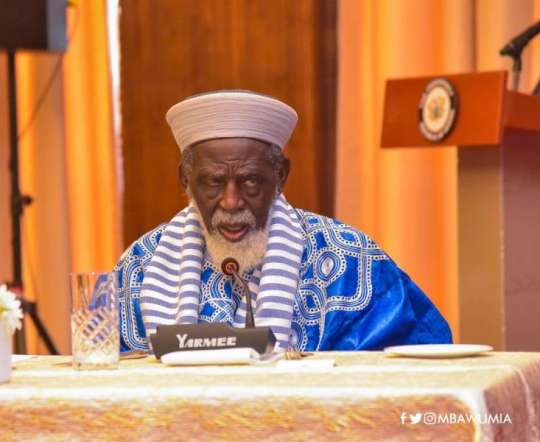 The National Chief Imam, Sheikh Osman Nuhu Sharubutu has cautioned the public to be vigilant at all times and parents to be watchful of the movement of their children and activities at all times to ensure their safety.

The caution followed the recent ritual murder of the 10-year old Ishmael Mensah Abdulai, at Kasoa.

“Ismael’s murder is only a tip of the iceberg, which should inspire in us a greater sense of responsibility and vigilance at all levels.

“Decent-minded people and men and women of reason and pure conscience should rise and speak up to salvage the integrity of our common society. A dispassionate and non-political discussion is needed to determine where to locate the gap deficiencies, inadequacies, and imbalances of our systems that account for these social and moral challenges of our time,” he said.

Through his spokesperson, Sheikh Armiyawo Shaibu in a statement copied to the Ghana News Agency, expressed his sympathy and condolences to the parents and immediate family and the entire neighborhood for the loss.

“Indeed, the memories left behind and the anguish evoked can only be assuaged by the belief and consolation that Ishmael Mensah Abdulai, their son is listed among martyrs who are living and rejoicing in the blissful and peaceful presence of the Almighty Allah,” he said.

The statement said the Chief Imam supported the call by well-meaning Ghanaians and men and women of pure conscience that, the law enforcement agencies should expedite investigations and subject all accomplices of the heinous crime to the full rigours of the law without fear or favour.

While condemning the crime, it said, the most important thing was to draw the attention of all especially the custodians of cultural values, religion, and moral consciousness to the speedy erosion of the citizens’ values and spirit of communitarianism, which had held societies together since time immemorial.

“It should be worrying and frightening to all well-meaning Ghanaians that, the youth of the contemporary era could descend as low as to kill a close associate ritually for a pecuniary ambition.

“It portends a great danger to our internally built social protection and mutual support systems. Our collective failure to address this threat both in the long and short terms will surely leave us with no guarantee for genuine safety, security, harmony, and peace.

“Indeed it is not out of place to suspect that incidents of similar nature have occurred outside the lenses of the law enforcement and security agencies and the media,” it said.

Sheikh Sharubutu said there was the need to embark on a programme of social and cultural re-orientation and re-awakening aimed at bringing back the nation’s collective dignity as a people.

Part of the re-orientation agenda must be to sanitize the country’s social and moral spaces to rid them of the evil and criminal tendencies, which was currently plaguing her societies and destroying the youth.

“Both for short and long-term solutions, critical aspects of our national and community life worthy of consideration among other things include; educational philosophy, civic education, and youth counseling institutions.

“Other areas worthy of critical note also include; family life education, the role of religion as a moral agent, trusted justice system, responsible journalism and respect for human right, effective law enforcement system and sound economic policies aimed at addressing joblessness among the youth,” he said.

The Chief Imam said the steps if taken as part of the social, cultural, and moral re-orientation may help curb the rising trends of wicked, evil, and callous tendencies being witnessed in recent times in communities.