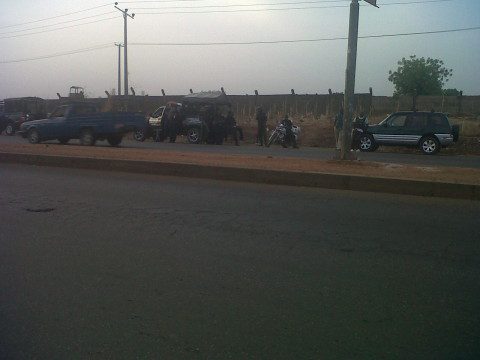 Southern Kaduna youth currently on protest over the killing of hundred of people. With placards,? The Massacre must stop?stop the killing of women and children. We won?t accept this massacre.

Dress in blacks, chanting, ethnic cleansing is a crime. They said they were ready to die for their land. 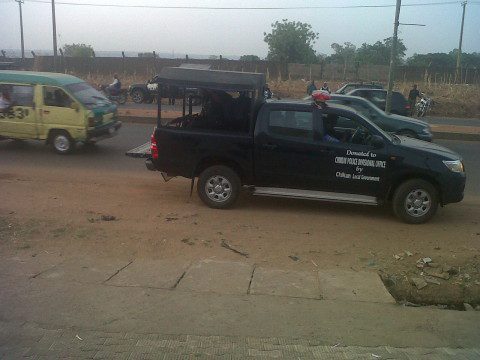 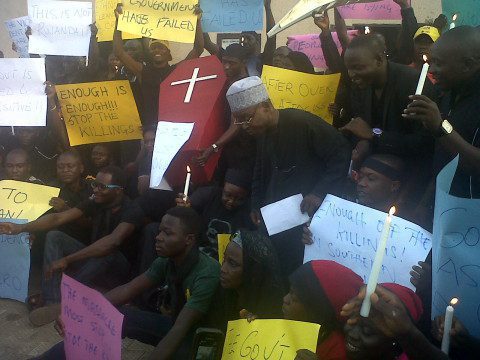 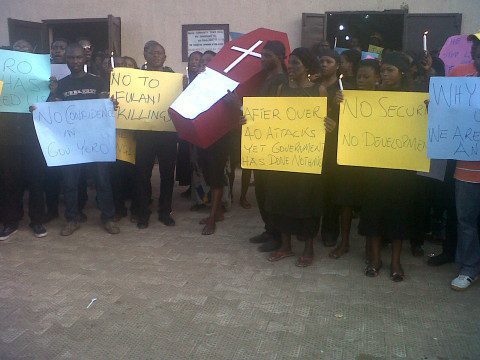 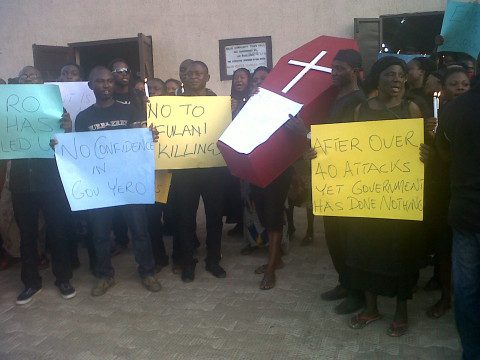 They burnt candles, and hold coffin

Singing, let God arise and his enemies be scattered.

Speaking, SOKAPU National president, Dr. Ephraim Goje said they gathered to tell the whole world the genocide taking place in Southern Kaduna through killing. Theve had 50 different attaccks and government was playing politics. He said their must be a change, 614 death, over 100 injured while houses destroy. They are demanding the GOC to be relocated to all the forest in the area and floshed them out. Government round armour tanks, if the government has this kind of police and security men, they should be move to secure the land. That government have refused to act and insensitive in their plight. That government don?t care about their plan. The will never vote a government that is insensitive to their pligh. That they will fight to their last blood to secure their land. International communities must come to their aid