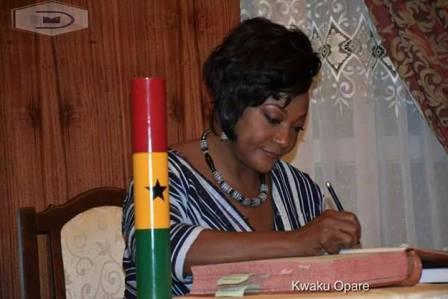 The Ministry of Gender, Children and Social Protection, would soon initiate a national dialogue of all actors in the kayayei business to see how best to empower the victims and integrate them into mainstream society. 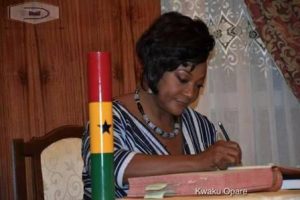 The Sector Minister, Madam Otiko Afisah Djaba, said the inhuman conditions the kayayei endured, indicated that Ghana was not doing great with all of its young people, so this must worry every well-meaning citizen to want to be part of the solution.

Speaking to the Ghana News Agency, in an interview, she stated: “The phenomenon of kayayei is a very deplorable and inhuman situation for any human being to find herself in. They’re really like human donkeys; sometimes you find a child as young as six or nine carrying loads that even an adult cannot manage.

“They sleep out there and are exposed to all kinds of diseases; they are raped and subjected to all kinds of abuses; they’re not in school and not learning any skills for sustainable employment; some end up being trafficked, like those who ended up in Kuwait and Saudi Arabia.

“This we must collectively decide to include them in the Ghanaian dream.”

The children of the kayayei, female head porters and truck pushers, she said, would also be covered in the solutions,Reliable data must be gathered for a successful programme, though there was information that there were about 50,000 victims, she said.

Madam Otiko Djaba said the series of dialogues would involve the victims, who would tell society what they wanted to do with their lives, the persons behind their migration, and the various national and international partners who would facilitate their empowerment.

“We don’t know what their aspirations are so we can’t impose our wills on them,” she said.

“Some may want to go back to school to become teachers or nurses, while others may want to learn a trade or even become footballers and actress. The opportunities are limitless, indeed.”

The Minister said those who wanted skill training could be integrated into the modules of the Youth Employment Authority, while a new module could also be created for their specific needs.

After training, she said, it was important to give them startup capital, tools and equipment to establish themselves in sustainable livelihoods, so that their training would bear fruits.

On the Government’s policy to build hostels for kayayei, she said, that was to remove them from the dangers of street life but not to create permanent homes for them in the cities.

She, therefore, appealed to churches, NGOs and other social partners to immediately create shelters to accommodate and cater for the victims, as the hostels would take some time to build.

In ending the problem from the roots, she said the Government’s implementation of the policies of One Village-One Dam; One District – One Factory; One Constituency-One Million dollars, would create jobs and provide the necessary social amenities for young people to want stay in their communities.

The causes of the migration, which were related to abuses such as forced marriages, negative cultural practices and trafficking would be tackled with the law, Madam Otiko Djaba said.
GNA