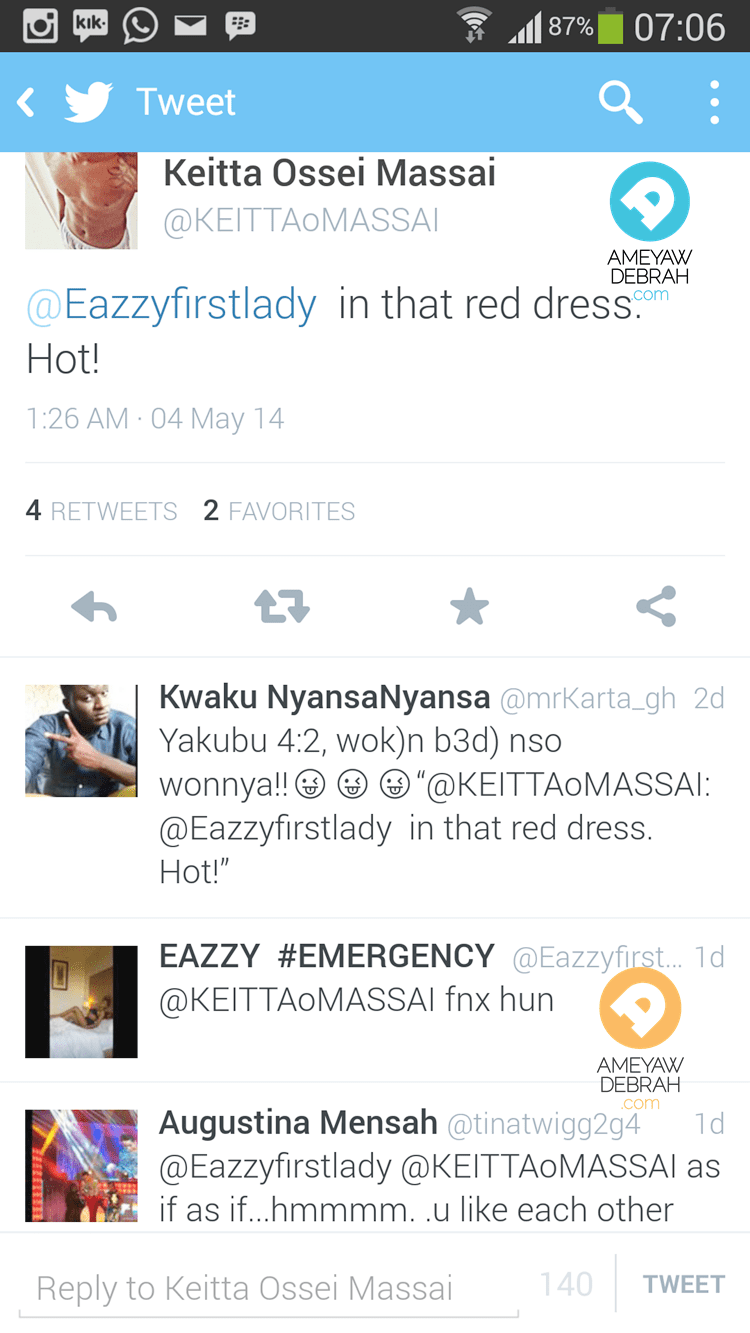 A while back it was reported that Eazzy and her ex-boyfriend Keitta were on bad terms following their very public split. The two reportedly unfollowed each other on social media but it appears the two are back on talking terms as Keitta praised Eazzy?s red dress to the Vodafone Ghana Music Awards last Saturday.  Keitta complimented Eazzy saying that she was looking hot in that red dress via twitter and Eazzy replied saying ?fnx hun?. Hmm, could there be a reunion in the works? At least some of their fans think so!