The Kumasi Metropolitan Assembly (KMA) has for the first time opened all access roads leading to the Kejetia area since the first phase of the Kejetia Market Project started in 2015.

This, on Monday morning, paved way for free pedestrian movement, around the area barricaded with heavy metals as construction works proceeded.

The move is to assess human traffic in the area in order to put the necessary measures in place ahead of the official opening of the market soon.

Hundreds of people who hitherto were forced to use narrow routes around the around the cordoned off project site, were seen moving freely as a result of the removal of the fence when the Ghana News Agency (GNA) visited the site.

There were others who thronged the place just to catch a glimpse of the scenic, monumental architectural masterpiece engineered by Contracta Engenharia, Brazil, contractors of the Project.

This has been hidden from their sight for four years by the heavy metal barricades.

So heavy was the crowd surging forward to satisfy their curiosity that it called for the heavy presence of a combined team of security officers including the police, immigration, military and fire service personnel, to ensure crowd control.

Approach roads from the Komfo Anokye Round About, Central Market, Suame Round About and Adum that had been closed to the project site have all been opened.

All traders who had taken over these roads and pedestrian walk ways, for their trading activities, have all vacated.

The roads are however, not opened to vehicular traffic until the market is officially opened.

Mr Godwin Okumah Nyame, the Public Relations Officer (PRO) of the KMA, told the media that the KMA is going to be hard and fast to crack the whip and apply draconian sanctions to recalcitrant squatters, who would resurface on the streets.

“No trader would be allowed to sell on the pavements especially around the Kejetia market area, security personnel would be deployed to ensure no one flouted the laws”, he said.

Mr Nyame urged the traders to relocate to the various satellite markets scattered across the city.

He appealed to the general public to cooperate with the Assembly to ensure law and order in the city.

Mr Nyame said the move was more of a mock exercise to enable city authorities observe how the place would look like after the official opening of the project. 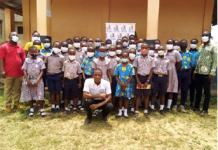 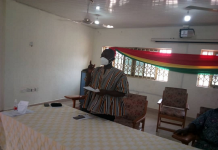