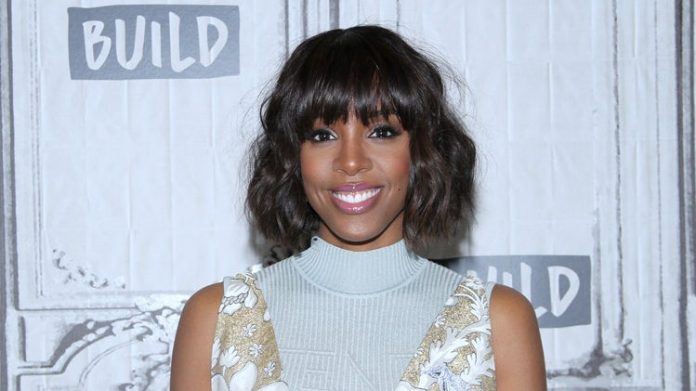 Kelly Rowland sits down with In Touch magazine in its new issue to talk about motherhood’s highest, and lowest, notes.

“The first year was so tough, and I just wanted to get everything right,” admits the star, who welcomed son Titan with husband Tim Weatherspoon in 2014.

“When I had Titan, I called my ob-gyn eight times a day, no exaggeration. I couldn’t find much information on what happens to Mommy after you have a child.”

“You’re just overthinking everything because you want to be a great parent,” Kelly tells In Touch. “I remember thinking, “I just don’t want to f— him up!”

Luckily Kelly received some good advice from a close friend. “My best friend told me, ‘One day at a time, because each day is going to throw you something different.’ Every day there is something new to catch and tackle.”

Although there are things like “Titan completely pooping up his back and getting it on me” that make Kelly feel overwhelmed, it is completely outweighed by the good moments. “A few weeks ago Titan looked at me and said, “Mama, I love you.” It was his first sentence, and it was so heavy.”

So does that mean the singer is open to having more kids in the future? “Definitely!” she tells In Touch.

“Just one more, and I’m fine. The bond I have with Titan is so crazy. I didn’t even know those emotions existed.”

For the full interview with Kelly, pick up the new issue of In Touch, on stands now!