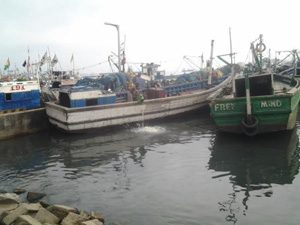 Kenya said on Wednesday that it has acquired six modern patrol boats to help boost the fight against terrorism and drug trafficking.

Inspector General of Police Joseph Boinnet said the boats will improve the capability of the Marine Police Unit to effectively patrol the Indian Ocean.

Speaking in Mombasa after commissioning the boats, Boinnet said the government will deal decisively will drug barons who continue to smuggle drugs through the ocean. He said drug proceeds are used to fund terrorism activities.

He said the boats are fitted with armored, modern surveillance systems and powerful engines to enable them to patrol effectively into deep sea.

Boinnet said the purchase of the boats is part of government modernization programs of the police. The boats were handed by South Korean Ambassador to Kenya Kwan Young Dae. Enditem