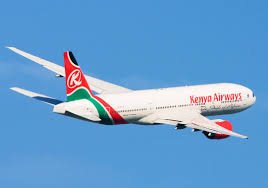 Allan Kilavuka, CEO of Kenya Airways, said the move follows a circular issued by the Tanzania Civil Aviation Authority announcing the resumption and restoration of all flights by Kenyan operators with immediate effect.

“We are pleased to resume our services to Dar es Salaam and Zanzibar following this announcement by the Tanzanian government. Tanzania is critical to both Kenya and East Africa’s economic growth and we look forward to our continued collaboration,” Kilavuka said in a statement.

Kilavuka noted that the first Kenya Airways flight to Dar es Salaam departed on Monday and the second will leave on Wednesday and thereafter the Kenyan carrier will operate two daily flights to the largest city in Tanzania.

Kilavuka said that the first flight to Zanzibar will depart on Sept. 26 and will thereafter operate three times a week while flights to Kilimanjaro International Airport will resume in October to target connectivity with the Nairobi- New York route.

The national flag carrier resumed domestic commercial flights on July 15 and international flights on Aug. 1 after four months of suspended operations due to COVID-19 restrictions. Enditem