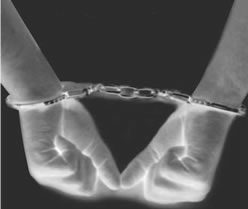 The authorities on Saturday arrested four nationals from South Africa and Seychelles in the coastal city of Mombasa while in possession of unconfirmed quantity of hard drugs during an anti-narcotics swoop.

The four will be handed over on Sunday to Seychelles authority for possible prosecution. They were airlifted on Saturday night from Mombasa to Jomo Kenyatta International Airport awaiting deportation.

Multiagency detectives apprehended the two South Africans and two Seychellois at an apartment adjacent to Nyali Beach Hotel on Saturday.

They were identified as Dominguez and Nedy Micock (Seychelles) and Barend Nolte and Marc Faivelewitz (SA). Inspector General of Police Joseph Boinnet confirmed the deportation of the four.

Other suspects are on the wanted list of the National Drugs Enforcement Agency in Seychelles, police said.

“They are wanted for engaging in international drug deals. We have extradited them following request of Seychelles authority,” said senior anti narcotic officer.

The latest move comes after two Kenyans and their two foreign accomplices were recently extradited to the United States to answer charges of running a transnational drug trafficking syndicate.

The two brothers, Baktash and Ibrahim Akasha and their foreign collaborators, Gulam Hussein and Vicky Goswami from Pakistan and India respectively were arrested by Kenyan security during a sting operation.

Immediately after their arrest, Kenyan President Uhuru Kenyatta declared the government had reactivated the war against drug trade that has ruined the lives of youth in coastal towns.

Kenyatta said the government will not waver in its quest to eradicate narcotics trade in the country. Enditem