Until three months ago, COVID-19 infections were largely concentrated in Kenya’s capital Nairobi, its neighborhoods and the coastal city of Mombasa.

However, the lifting of restriction of movement in and out of the capital Nairobi and the coastal city of Mombasa on July 7 has seen infections gather pace in rural counties, with many of the regions now having more than double-digit cases, according to data from the Ministry of Health.

Some counties, which did not have cases before the reopening of the country, now have as every one of the 47 devolved units in the east African nation records infections.

The increased spread of COVID-19 is attributed to the unrestricted movement of people after the reopening of the country, making the disease spread faster across the nation.

As of Thursday, some of the counties that had lower infections before the reopening of the country, have seen cases surge in the past weeks include Nakuru (710), Uasin Gishu (432) and Kericho (216) in the Rift Valley, Migori (385) and Kisumu (200) in the west and Nyeri (232) and Meru (69) in the central region, an analysis of the data from the Ministry of Health shows.

Lamu at the Coast and Elgeyo Marakwet and West Pokot in the Rift Valley had no case before the country reopened, but the former has 64 and the other six each.

The ministry’s data indicates a disease that is fast spreading in the east African nation as cases recoveries rise.

Nairobi, which is the epicenter of the disease, accounts for 18,488 cases of the total 31,441 COVID-19 infections in Kenya as of Thursday.

The capital is followed by the neighboring Kiambu (2,335) and Mombasa at the Coast (2,260), according to the health ministry data.

Joseph Musolo, a resident of Busia in western Kenya, said on phone on Friday that in the past, those buried in the county due to deaths from the disease would be ferried from the capital Nairobi.

“But now even people who have not left Busia are being quarantined at a county facility or they are at home in self-isolation, which shows the disease is among us,” said the secondary school teacher, with Busia accounting for 945 COVID-19 cases of Kenya’s total tally.

Patrick Amoth, acting director-general in the Ministry of Health, on Thursday, attributed the rising cases across the nation to failure to adhere to anti-COVID-19 measures by many citizens.

“We will repeat that people must wash their hands or sanitize, maintain social distance and wear face masks,” he said.

But despite the surge in cases, the east African nation’s health system has not been overwhelmed, thanks to higher asymptomatic patients.

Recoveries on Thursday stood at 17,869 patients, a majority of them from home-based case systems.

When lifting the cessation of movement in and out of Nairobi and Mombasa on July 7, Kenya had 8,067 COVID-19 cases and President Uhuru Kenyatta informed citizens that the country was more at risk of seeing infections spread.

“We must, therefore, exercise cautious optimism, and avoid reckless abandon,” said Kenyatta, as he warned that the restriction may be reintroduced if the virus spreads widely. 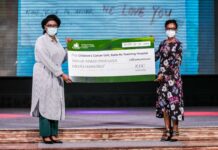 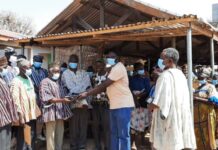 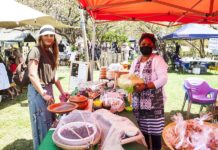