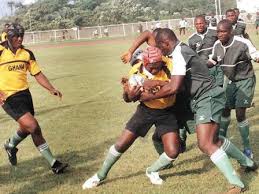 Kenya’s fairytale that saw it clinch the Singapore Sevens title will come back to haunt the team as they launch their title defence this weekend in Singapore.

The team, which lost to Scotland 19-21 in the Challenge Trophy final at the Hong Kong Sevens last weekend, has been a fade shadow of its last season’s dominance that culminated in it winning in Singapore and coach Innocent Simiyu will have his task cut out as he lines up his team in the title defence. Kenya has been drawn in Pool C against giants Australia, Argentina and Samoa and must win at least two of its group matches to have a realistic chance of progressing to the Main Cup quarterfinals and keep their title defence dream alive.

“There are no simple games at this level of competition. The players are always challenged and pushed to the limit. It is how we react to the rival’s game that is crucial in safeguarding a positive performance,” said Simiyu. “We have a strong squad despite leaving some players behind and I hope we will navigate ourselves through to the highest stage of the competition.”

Hong Kong Sevens winners Fiji are in Pool A with Canada, Russia and Hong Kong while Pool B has South Africa, England, France and Japan. Pool D comprises US, New Zealand, Scotland and Wales.Kenya won last year’s Singapore Sevens with a 30-7 win over Fiji in the cup final, which marked their first win in the World Series since they made their debut back in 1999.