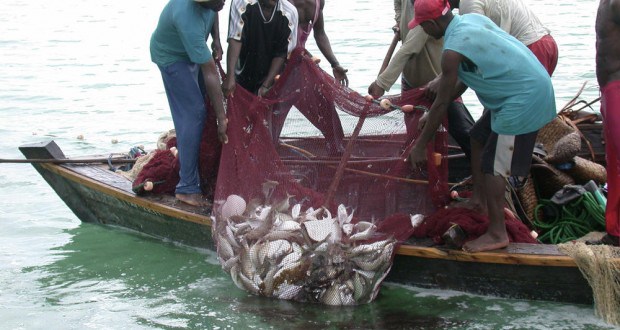 Kenya said Tuesday it will intensify efforts in preventing illegal fishing along the coastal strip.

Francis Owino, the principal secretary in the State Department for Fisheries, Aquaculture and the Blue Economy, said during a virtual meeting in Nairobi to commemorate the World Oceans Day that Kenya has increased monitoring, control and surveillance in the country’s exclusive economic zone to prevent illegal, unregulated and unreported fishing and increase security.

Owino said that this has been achieved through acquisition of a patrol vessel, operationalizing surveillance of the command center, and training personnel and vessel automation identification system.

The official noted that the country has embraced the plan of action that came from the Agreement on Port State Measures to Prevent, Deter and Eliminate Illegal, Unreported and Unregulated Fishing which was adopted in 2009 by the United Nations Food and Agriculture Organization (FAO). Kenya became a party to the FAO Agreement on Oct. 24, 2017.

Owino said that the government has reduced over-exploitation of natural resources, widespread use of unsustainable fishing gears, habitat destruction, pollution caused by dumping of toxic waste and careless disposal of plastic bottles.

According to him, Nairobi is collaborating with the World Bank to implement the 10 billion shillings (about 92.68 million U.S. dollars) Kenya Marine Fisheries and Socio-Economic Development (KEMFSED) Project.

“This project will support sustainable marine fisheries and income diversification for rural coastal communities, and more so fishers who depend on fishing for livelihood,” Owino said.

He added that despite the harsh impacts of climate change that has led to loss of coral reef and seagrass cover, Kenya has embedded protection of the ocean in its national strategies to conserve and sustainably use the ocean.

Kenya beefs up security along border after al-Shabab attack