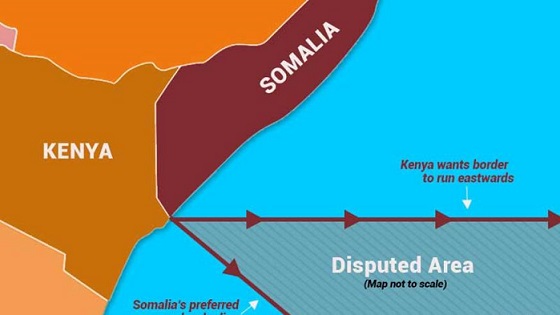 Kenya said on Thursday it will continue championing regional peace initiatives and will not meddle in the internal affairs of any country despite the accusations by Somalia.

Cyrus Oguna, government spokesman, said as a key player in the search for peace in the region, Kenya remains committed to the maintenance of peace and stability that would promote development in the region.

“We will however continue to advocate for peace and stability in the region, and thus call for total cessation of hostilities in Somalia in order to give peace a chance,” Oguna told journalists in Nairobi.

He said the government has been observing the military skirmishes that have recently been unfolding in Somalia between the army forces and those from the federal territory of Jubbaland in the Gedo region which is near the Kenyan border.

“It is of great concern to us that the recurrent confrontations between these forces not only cause fear and panic amongst our people at the border town of Mandera, but also do lead to the displacement of civilians from the Gedo region in Somalia,” said Oguna.

He said the displaced families are often forced to flee into Kenya for safety and asylum, further overstretching the capacity of the country’s facilities.

“It is clear that the events being witnessed around Mandera have their genesis on domestic political activities in Somalia, with every effort being made to give them an external angle,” he added.

Oguna called on Somali leadership to desist from dragging Kenya into their domestic issues and urged all leaders in Somalia to create an environment that will facilitate the resolution of the conflict through dialogue. This, he said, is critical in fostering a united front in countering militants who have, for a long time, destabilized peace and security in Somalia and the region.

The official said the allegations by Somalia that Kenya is sponsoring and harboring militia with the objective of destabilizing Somalia are not based on any merit. “Due to this, it is here that most Somalis run to whenever violence breaks out in their country.

They still do cross over into Kenya to seek certain services,” he said, noting that it would therefore be counter-productive for Kenya to want to destabilize the very people it offers a refuge.

Oguna’s remarks came after a fact-finding mission established by the Intergovernmental Authority on Development (IGAD) dismissed allegations from Somalia that Kenya was infringing on its sovereignty.

The mission said the decision by Somalia to sever diplomatic relations with Kenya was uncalled for and has negatively impacted the lives of Somali nationals who seek relief and amenities in Kenya.

According to Oguna, 3,000 Somali learners cross every day, particularly around Mandera, to pursue education, 8,000 individuals cross over to conduct business in Mandera and more than 500 mothers and the elderly cross for medical services.

This, Oguna said, is beside the over 270,000 who are hosted at refugee camps, out of which, 81,000 are urban refugees, most of whom are conducting businesses in many of our urban centers. “It would therefore be counter-productive for Kenya to want to destabilize the very people it offers refuge,” he noted.