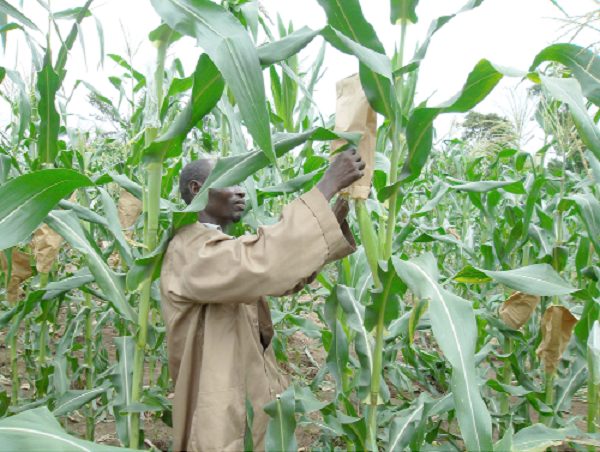 Striga weed, the purple, beautiful looking flower nicknamed “witch weed” in Western Kenya has for many decades flourished in areas with low soil fertility and mono-cropping.

These regions have developed very high levels of long lived striga seeds in the soil that regenerates every year as farmers prepare land for new copping season.

Due to lack of control measures, limited knowledge on the challenge and costly herbicide use, thousands of maize farmers in this region have abandoned maize growing for other crops that are more resistant to the weed.

Donald Wanzala, a farmer in Budalangi region of western Kenya quit maize growing for cassava after incurring huge yield losses. However, the small holder farmer changed his mind and turn back to maize, a staple food in the region, recently.

“I am reverting to maize cultivation after the announcement that a new striga weed resistant maize has been developed by scientists,” Wanzala, 56 years, told Xinhua during an interview on Monday.

With new technology now available, he is determined to start growing maize since the new maize variety, Imazapyr resistant herbicide-coated seed kills striga before it damages the crop.

Gospel Omanya, a scientist at the African Agricultural Technology Foundation (AATF), and a lead striga expert said the seed that sells under the name StrigAway is coated with low doses of the herbicide that is attached to the maize roots stimulating germinating maize, killing striga seeds before causing any damage.

“The herbicide that is not absorbed by the maize plant diffuses into the soil and kills striga seeds that have not germinated,” Omanya revealed.

The scientists said that the seed is now available in Kenya and Tanzania while trials are ongoing in Uganda and Ethiopia while an evaluation is also ongoing in Malawi, Zambia, Zimbabwe, Lesotho and Swaziland.

He added that, apart from its striga control qualities, the maize is resistant to maize streak virus and Turcicum, thus reducing its impact on maize production in the continent.

This is a welcome relief to Wanzala and other maize farmers since besides the new development, the seed is now being multiplied by contracted seed companies so that it can reach all parts of the country where maize is gown in large hectare.

“I have in the past uprooted the striga flowers, burned the weed and used pull and push method by planting groundnuts to no avail,” Miriam Osele, a maize farmer in Suba, Homa Bay County of Western Kenya told Xinhua.

The 65 years old Osele, who also stopped growing maize, challenged the government to avail the seeds in all parts of the country to help change the attitude towards maize growing that has been abandoned by many farmers in the last few years.

Striga weed is capable of causing maize crop loss from 20 to 80 percent and sometimes a 100 percent, forcing farmers to grow alternative crops that are not affected by the weed.

Sarkodie Featured on Bob Marley’s “Stir It Up” Remix