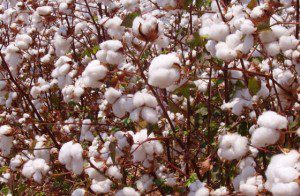 Noor Mohammed, Chairman of Parliamentary Committee on Agriculture, Livestock and Cooperatives, however cautioned Kenya Agricultural and Livestock Research Organization (KALRO) to ensure that the by-products do not get to the human and animal food chain.

“We are fully behind home grown solutions to food insecurity and therefore support local biotechnology research in the country,” Mohamed said during a consultative meeting between legislators and biotechnology experts in Nairobi.

He asked researchers to develop a transparent, science based process for the safe handling use and transfer of GMOs.

Mohammed assured researchers that the committee will lobby the government to consider allocating additional funds specifically for GMOs research to also help set up a state of the art laboratory.

The cotton variety provides inbuilt protection against attack from pests and is expected to increase yields due to reduced insect pests once introduced.

Besides, farmers are also expected to benefit from reduced exposure to insecticides resulting in time and labor savings.

Mohammed suggested a meeting between parliamentary committees of agriculture, environment, health and education, science and technology to relook and harmonize a 2012 ban on imported GMO products into the country.

“The ban should be lifted on case-by-case basis subject to human consumption, toxicity and assurance on long term surveillance of the progress,” he said.

The Chief Executive Officer of National Biosafety Authority (NBA) Dr. Willy Tonui said that there are no GMO products in the Kenyan market currently.

“After years of research, we have approved the environmental release of Bt maize, Bt cotton and gypsophila cut flowers that are under trials by KALRO researchers in 2016,” he noted.

The Chairman of NBA Dr. Amuyumzu Nyamongo said that the authority has established four border post stations at the ports of entry at Mombasa, Jomo Kenyatta International Airport and at the borders of Uganda and Tanzania.

She noted that the authority often conducts routine market surveillance to ensure that no such products are on sale in the Kenyan market.

The stakeholders called for the amendment of the biosafety act to incorporate bio security. Enditem